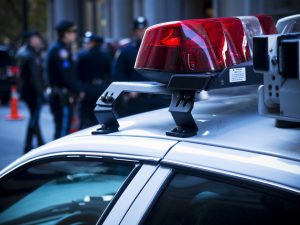 Dactylography or Dactyloscopy is the study of fingerprints.  Fingerprints, like most things of nature, have unique patterns.  In fact, fingerprints are so unique that not even identical twins share the same fingerprint patterns.  Fingerprints also do not change over time, with the exception of enlargement due to physical growth.  However, certain medical conditions and damages, such as severe burns, can distort or permanently damage one’s fingerprints.

Now despite popular belief, one does not have to be arrested in order to have their fingerprints inputted into the system.  For example, if you have ever served in the military, your fingerprints are in the system.  Government jobs that require fingerprinting as a condition of employment, also enter your information into the system.  On average, roughly around 7,000 fingerprints are added to the Federal Bureau of Investigation’s system every day.  With advancements in technology, fingerprint identification has become faster and easier.  Today, the Department of Homeland Security and the Federal Bureau of Investigation house over 280 million fingerprints, collectively.  These databases include both fingerprints collected by those arrested in addition to federal government employees and military servicemembers.  India, however, as one of, if not the largest biometric database in the world.

Now, as stated above, it is believed that no two persons have exactly the same arrangement of ridge patterns, especially considering that fingerprints do not change.  But this does not mean that fingerprints cannot be challenged.  Having an attorney versed in relevant scientific evidence, case law, and statutes, like the ones at Bixon Law, can assist you in challenging fingerprint evidence.  Allow us to assist you in your criminal case.  As our moto is “aggressive criminal defense,” our attorneys will ensure that no stone is left unturned in preparing for your defense.