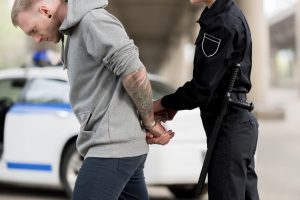 Remember your teenage and college days? The days when you or your peers made downright stupid decisions and that—if caught—could have landed you in handcuffs. I remember being in college and hanging out at the local midnight diner. One night, a group of other college students were sitting next to the table where me and my friends were seated. They looked like they were having a great time, eating and laughing it up. The ordered, ate and the waitress brought the bill. Minutes later, they all sprinted out of the diner as if they were in a horror film running for their lives. They had skipped out on the bill. They had committed a crime and if caught, would have surely been charged with theft of services.

In the state of Georgia, a person commits the offense of theft of services when by deception and with the intent to avoid payment he knowingly obtains services, accommodations, entertainment, or the use of personal property which is available only for compensation. O.C.G.A. 16-8-5. In addition to the above scenario, other examples of theft by services include: not paying for automobile repairs, not paying for transportation services, not paying for maid services and stealing cable and Internet services just to name a few.  “The essential ingredient of the offense is the intention to avoid payment.” Roberson v. State, 145 Ga. App. 687, 688 (1) (244 SE2d 629) (1978).

PENALTIES FOR THEFT OF SERVICES

POSSIBLE DEFENSES TO THEFT OF SERVICES CHARGES IN GEORGIA

Defenses to any criminal charges depend on the facts and circumstances of the case, which will determine the defense’s strategy in fighting the charges the against the defendant. In general, however, some possible defense to a theft of services charge include:

Proof of Payment: The best possible defense would be to provide proof of payment that the defendant did indeed pay for the services. Such evidence will more than likely result in the charges against the defendant being dropped.

Entitled to the Services: If the defendant can provide evidence that he or she was entitled to the services that are the subject of the case then the charges could be dismissed against him or her.

Accident: There may be some cases, in which, the defendant receives services that he or she did not even request. Thus, they have received the services by accident. Providing such evidence can lead to the State dismissing their case against the defendant.

Alibi Evidence: What better evidence to support a defendant’s innocence then to provide evidence (witness testimony) that the defendant did not steal the services in question. The charges against the defendant should be dropped if any such evidence is presented to the State.

False Claim: Another possible defense would be if the defendant had evidence to show that the alleged victim filed a false police report. Such a situation could lead to the alleged victim being charged with filing a false claim him or herself.

In Johnson v. State, 159 Ga. App. 497 (283 S.E.2d 711) (1981), the appellant appealed his conviction of theft of services valued at $185.69 from A to U Rental Center, contesting the sufficiency of the evidence. The Georgia Court of Appeals reversed his conviction, concluding that there was “no direct evidence of appellant’s intent to obtain the use of this equipment by deception and with intent to avoid payment, the question is whether the circumstantial evidence warranted the conviction.” The Court concluded that the state failed to carry the burden of proof and that the judgment of conviction must be reversed.

If you or a loved one has been charged theft of services, call Bixon Law today. You need an experienced Georgia criminal defense lawyer who will defend your legal rights and vigorously advocate on your behalf to have your case dismissed or the charges against you reduced. As experience trial attorneys, we’re also not afraid to take your case to trial if necessary. We represent clients in Atlanta and throughout the state of Georgia. We are lawyers who are committed to helping people in difficult situations and we invite you to call us at 404-551-5684 for a free consultation today.