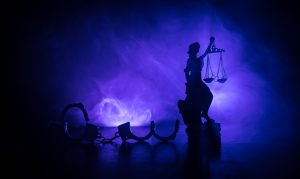 For most of us, when the “government” and “wiretapping” are mentioned in the same sentence, a couple of individual comes to mind—J. Edgar Hoover being one of them (Nixon, the other). We have all heard about “Hoover’s Secret Files” and numerous illegal microphones and wiretaps that Hoover personally signed off on. Most notably, at Hoover’s direction, the FBI gathered surveillance on JFK, Martin Luther King, Jr., Malcolm X, Marilyn Monroe and the members of the mob along with over 400,000 other Americans! Needless to say, the government—illegal or legal—has been intercepting, surveilling and eavesdropping on people’s communications since the invention of the telephone in 1876 and not just to conduct criminal investigations as we all know.

Overtime, federal and state laws have been created to protect American citizens against unlawful government intrusions and to protect our constitutional rights under the Fourth Amendment against unreasonable searches and seizures by the government. There are procedures that law enforcement must follow in order to tap a person’s telephone or gather other communications via electronic surveillance.

In the state of Georgia, O.C.G.A. 16-11-64, a law enforcement officer (the prosecutor in wiretap cases) desiring to make use of any electronic device to intercept, surveille or record any communications are required to:

Also, evidence obtained in conformity with this part shall be admissible only in the courts of this state having felony and misdemeanor jurisdiction. And, a good faith reliance on a court order or legislative authorization shall constitute a complete defense to any civil or criminal action brought under this statute.

And, just to note, “device” means an instrument or apparatus used for overhearing, recording, intercepting, or transmitting sounds or for observing, photographing, videotaping, recording, or transmitting visual images and which involves in its operation electricity, electronics, or infrared, laser, or similar beams. Without limiting the generality of the foregoing, the term “device” shall specifically include any camera, photographic equipment, video equipment, or other similar equipment or any electronic, mechanical, or other apparatus which can be used to intercept a wire, oral, or electronic communication. O.C.G.A. 16-11-60.

First, wiretap warrants may not last any longer than what is necessary to gather the evidence sought. Under federal law, orders may be authorized for up to 30 days. However, the State’s Attorney Office may apply for an extension of a wiretap warrant. Which, the Court may or may not grant. Secondly, a wiretap warrant does not allow law enforcement the freedom to listen to any and all of the targeted person’s conversations/communications. Law enforcement must limit their intrusion to only those communications that are within the scope of the investigation.

Warrant Expired: There are instances, in which, law enforcement executes a wiretap warrant after it’s expiration date. In some cases, courts have held such evidence obtained with an expired wiretap warrant as inadmissible in court.

Warrant Requirements: Another possible defense against a wiretap warrant is the warrant itself. It may not include all of the necessary information required under the law and, therefore, would be invalid.

Failure to Present Wiretap Evidence: Under federal law, prosecutors must present wiretap evidence to the judge in order for it to be sealed. A failure to do show will result in the evidence being inadmissible in court.

In 2016, the Georgia Supreme Court reversed a Bibb County judge’s ruling that wiretap evidence in a 2008 murder trial could be used. Judge Keith Blackwell wrote that prosecutors did not present a “satisfactory explanation” for their failure to “immediately” present wiretap evidence to the judge so he could seal it, which is required by federal law.

The prosecutor in the case applied for a 30-day wiretap warrant to put the defendant’s text messages, email and phone conversations from his cell phone under surveillance. The warrant was granted. On March 7, 2008 a different judge signed an order that allowed the warrant to remain in effect for another 30 days until April 7, 2008. Surveillance ended March 20, 2008. However, it wasn’t until April 23 (16 days after the warrant expired) that the evidence was submitted to a judge and the evidence was sealed. Court Rules Wiretap Evidence Inadmissible in Macon Trial, Ashley Trawick, 13WMAZ, March 2016.

Our attorneys at Bixon Law have experience getting wiretaps suppressed in state and federal criminal cases. Law enforcement doesn’t always follow the wiretap warrant procedures or warrant requirements. And, sometimes, they overstep the warrant limitations. It is important that you hire an experienced Georgia criminal defense lawyer who will defend your legal rights and vigorously advocate on your behalf to have your case dismissed or the charges against you reduced. We represent clients in Atlanta and throughout the state of Georgia. We are lawyers who are committed to helping people in difficult situations and we invite you to call us at 404-551-5684 for a free consultation today.