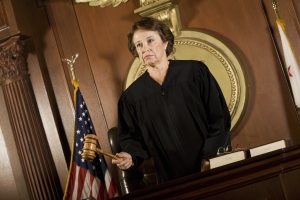 To a prosecutor’s dismay, witnesses in a criminal trial don’t always cooperative. A prosecutor’s worst nightmare—besides losing a case—is when a witness for the prosecution takes the stand and surprisingly testifies in favor of the defendant. It just doesn’t happen in the movies! It does happen in real life and such surprises wreak havoc of the State’s case. There are other times when some witnesses in a criminal trial downright refuse to testify against a defendant or don’t show up at trial to take the stand at all. When this happens, a defendant may think that their case will automatically be dismissed and want to do a victory dance. However, hold the music. The prosecutor can still move forward with prosecution, depending on the circumstances of the defendant’s case.

IS THERE TESTIMONY ON THE RECORD?

Under Georgia law, O.C.G.A. § 24-8-804 (b)(1), testimony should not be excluded by the hearsay rule if the declarant is unavailable as a witness if testimony given as a witness at another hearing of the same or a different proceeding, or in a deposition taken in compliance with law in the course of the same or another proceeding, if the party against whom the testimony is now offered, or, in a civil proceeding, a predecessor in interest, had an opportunity and similar motive to develop the testimony by direct, cross, or redirect examination.

Under the federal rules of evidence, there is an exception to the hearsay rule known as “excited utterance.” An excited utterance is defined as a statement that concerns a startling event, made by the declarant when the declarant is still under stress from the startling event. An excited utterance is admissible under an exception to the hearsay rule. Thus, if the alleged victim in a criminal trial made a 911 call that was recorded then the prosecutor may not need the in-court testimony of the witness because 911 recordings are often admitted at trial under the excited utterance exception. Further, a 911 call can be damaging to a defendant’s case if the alleged victim describes the actions of the defendant (i.e. if the defendant is hitting the alleged victim while he or she is on the phone with the 911 operator) and relays to the 911 operator the harm caused to the him or her. Especially, if it’s reported under emotional distress.

OTHER OUT-OF-COURT STATEMENTS ADMISSIBLE AT TRIAL

(2) In a prosecution for homicide or in a civil proceeding, a statement made by a declarant while believing that his or her death was imminent, concerning the cause or circumstances of what the declarant believed to be impending death;

(A) Which a reasonable person in the declarant’s position would have made only if the person believed it to be true because, when made, it was so contrary to the declarant’s proprietary or pecuniary interest or had so great a tendency to invalidate a claim by the declarant against another or to expose the declarant to civil or criminal liability; and,

(B) Supported by corroborating circumstances that clearly indicate the trustworthiness of the statement if it is offered in a criminal case as a statement that tends to expose the declarant to criminal liability;

(5) A statement offered against a party that has engaged or acquiesced in wrongdoing that was intended to, and did, procure the unavailability of the declarant as a witness.

THE WITNESS MUST BE LEGALLY UNAVAILABLE?

The prosecution can only use the prior testimony of a witness if the witness is legally unavailable. Under O.C.G.A. § 24-8-804 (a)(1-5), an “unavailable as a witness” includes a declarant who:

(1) Is exempted by ruling of the court on the ground of privilege from testifying concerning the subject matter of the declarant’s statement;

(2) Persists in refusing to testify concerning the subject matter of the declarant’s statement despite an order of the court to do so;

(3) Testifies to a lack of memory of the subject matter of the declarant’s statement;

(4) Is unable to be present or to testify at the hearing because of death or then existing physical or mental illness or infirmity; or,

(5) Is absent from the hearing and the proponent of the statement has been unable to procure the declarant’s attendance by process or other reasonable means.