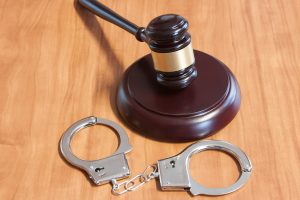 As our country slowly moves towards decriminalizing marijuana, it is easy to fall into the trap of believing that the law currently does not take marijuana related charges seriously. In Georgia, marijuana is still very much illegal, and you can be prosecuted for trafficking marijuana even if you live in a state in which it has been legalized.

Georgia takes a very hardline approach to prosecuting drug charges. The criteria for a Marijuana Trafficking charge are strikingly broad, and the punishment for trafficking marijuana are more severe than even voluntary manslaughter.

Under Georgia law O.C.G.A. §16-13-31(c), a person commits the offense of Trafficking in Marijuana when he or she sells, manufactures, grows, delivers, brings into this state, or has possession of a quantity of marijuana exceeding ten pounds.

There is very little difference between a trafficking charge and the lesser charge of O.C.G.A §16-13-30(j) “Purchase, possession, manufacture, distribution, or sale of controlled substances or marijuana”, which states that “it shall be unlawful for any person to possess, have under his or her control, manufacture, deliver, distribute, dispense, administer, purchase, sell, or possess with intent to distribute marijuana.” These are essentially all the same criteria as the Trafficking charge, with the only difference being the weight threshold. Once that ten-pound threshold has been exceeded, the trafficking charge can be applied.

The important thing to understand is that while conventional wisdom would indicate that you must participate in the sale or business side of trafficking marijuana to meet the charge’s criteria, in Georgia possession alone of marijuana in excess of ten pounds will put you in jeopardy of this charge. The court does not have to prove intent to sell or even knowledge of the weight of the marijuana to convict you of this upgraded felony.

While most felonies have a default sentence of prison time amounting to “not less than one year nor more than ten years, Georgia’s minimum sentence for marijuana trafficking is five times that amount, with a heavy non-negotiable fine. O.C.G.A. §16-13-31(c)(1) states: “If the quantity of marijuana involved is in excess of ten pounds, but less than 2,000 pounds, the person shall be sentenced to a mandatory minimum term of imprisonment of five years and shall pay a fine of $100,000.00”

Furthermore, there are three tiers of severity for trafficking once you surpass the 10lb threshold, each with dramatically increased punishments that you may face.

While a skilled defense attorney may be able to bring into question the weight of the marijuana seized, if the court is able to prove that the marijuana possessed crossed the threshold from 9 pounds into 10 pounds, you will be facing an additional 5 years behind bars and a $100,000 debt.

A package containing 12.46 pounds of marijuana arrived at a post office in Hall County addressed to “Abby.” The post office mistakenly notified Abby Massaro of 1930 Vineyard Way. Ms. Massaro collected the package from the post office, discovered the marijuana, and contacted police. A law enforcement officer, dressed as a postal carrier, performed a controlled delivery of the package to Wilson’s residence, with other officers waiting nearby. Justin Wilson answered the door and told the undercover officer that Abby was not at home but that “the package was expected and he would sign for it.” Wilson accepted delivery and was immediately arrested. Wilson told the officers that his roommate, Daniel Park, had mentioned that he was having a package containing marijuana shipped to the apartment.

Wilson appealed on the grounds that he was unaware of the precise nature of the drugs in his possession, but this appeal was denied.

In the case of Wiggins v. State, 331 Ga.App. 447, 771 S.E.2d 135, Kennesaw Police undercover narcotics agent Samone Burnes received an anonymous tip about Wiggins “selling narcotics at his residence and storing narcotics there.” About a week later, Agent Burnes had a telephone conversation with the anonymous informant, who told her that Wiggins had an “indoor mushroom grow,” that he was selling “approximately 50 pounds of marijuana from his residence” each week, that the informant had seen the drugs in Wiggins’s home, and that there were cameras on the exterior of the house.

Agent Burnes went to Wiggins’s residence to begin a surveillance operation. Approximately ten minutes after she arrived, Agent Burnes observed a male, later identified as Wiggins, and a female leave the house and drive away in Wiggins’s truck. Agent Burnes followed them, and she noticed that Wiggins was “driving pretty fast” and a traffic stop was initiated. While conducting the stop, the agent searched Wiggins’s truck because he smelled the odor of marijuana emanating from the vehicle. In doing so, the agent discovered a bag of marijuana, which weighed 19.7 grams. Ultimately, Agent Burnes requested and obtained a search warrant for Wiggins’s home, and in executing the warrant, KPD agents discovered numerous controlled substances and related paraphernalia.

After hiring a defense attorney to appeal the case, Wiggins contended that the evidence presented against him was invalid. His counsel argued that the search warrant was invalid because the supporting affidavit did not give rise to sufficient probable cause to suggest that he was running a drug-distribution operation out of his home.

The trial court agreed with the defense attorney’s claim that the evidence was secured improperly and noted that it was not “impressed with Agent Burnes’s conduct or her investigation, because there was none.” The court also indicated that it was “very concerned” about Agent Burnes’s failure to provide the magistrate with a time frame of when the reported drug sales occurred. Lastly, the court indicated that it did not consider ten minutes to be an adequate amount of surveillance. Ultimately, the court agreed with the defense counsel that the evidence was secured improperly, and was forced to reverse the conviction regardless of what the evidence showed.

Suppression of Evidence: A trafficking charge presents unique challenges, in that the evidence brought to the court is entirely objective- there is no subjective way to evaluate ten pounds. Therefore, the best defense is to try to eliminate the evidence from consideration by identifying breaches in protocol by the state. The most common suppression issues revolve around illegal stops and searches by law enforcement.

Although both forms of possession are legally permissible pieces of evidence in a courtroom, a jury of common citizens will be much less likely to convict on constructed possession than actual possession. We are experienced in leveraging this to obtain a more favorable plea deal for our clients.

Unlawful Stop: Often times, trafficking charges arise from a traffic stop that results in a car being searched. It’s important to note that traffic stops are legal only if there was a traffic violation observed- if, for example, a police officer has probable cause obtained from conducting surveillance on a defendant’s home, this is not grounds for a traffic stop, regardless of what they observed. Any traffic violation (from running a stop sign to having a tail light out) is grounds for a police officer to pull you over. In the absence of a traffic violation that led to the stop, however, we can argue to have any evidence found in your automobile dismissed, and said evidence cannot be used against you in the future for a similar charge in that jurisdiction.

Lack of Knowledge: It is not unheard of for a drug smuggler to utilize an unsuspecting victim to aid in their trafficking. In certain circumstances, it can be argued that the individual was unaware of what exactly they were in possession of. While O.C.G.A. § 16-13-54.1 explicitly states that the defendant does not need to be aware of how much marijuana they are in possession of to be charged with trafficking, there is still a reasonable defense in arguing that an individual was unaware of what they were trafficking. An example may be an individual signing for a package with drugs, who may be unaware of what they were signing for.

If you have been charged with drug trafficking, give Bixon Law a call today to speak to one of our experienced Georgia criminal defense lawyers. We will vigorously defend your legal rights and advocate on your behalf to have your case dismissed or the charges against you reduced. As experienced trial attorneys, we are also not afraid to take your case to trial if necessary. We represent clients in Atlanta and throughout the state of Georgia. We are lawyers who are committed to helping people in difficult situations and we invite you to call us at (404) 551-5684 for a free consultation today.