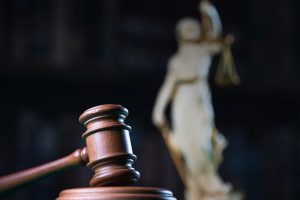 When it comes to drug crimes, Georgia uses a three-tiered approach, with escalating punishments: Drug Possession, Drug Possession with Intent to Distribute, and Drug Trafficking.

Drug trafficking is the most serious tier of drug crime in Georgia, and comes with a mandatory minimum sentence and a large fine. Drug crimes are escalated from intent to distribute the drug to trafficking the depending on the weight of the drug, with each individual drug having both its own weight limits and its own corresponding punishment. Cocaine is tied with Meth for the highest punishment for drug crimes in Georgia. At the high end of potential charges (possession of 400 grams of cocaine or more), you are looking at a 25-year minimum sentence and a $1,000,000 minimum fine. For context, the minimum sentence for voluntary manslaughter is 25x smaller at a one-year minimum sentence.

Under Georgia law O.C.G.A. §16-13-31(a), a person commits the offense of Trafficking in Cocaine when he or she sells, manufactures, delivers, or brings into this state or who is in possession of 28 grams or more of cocaine or of any mixture with a purity of 10 percent or more of cocaine.

There are three tiers of severity for trafficking once you surpass the 28g threshold, each with dramatically increased punishments that you may face.

Suppression of Evidence: A drug trafficking charge presents unique challenges, in that the main evidence brought to the court is entirely objective- there is no subjective way to evaluate how many grams of the drug there are, it just is what it is. Therefore, the best defense is to try to eliminate the cocaine’s weight as evidence from consideration all together by identifying breaches in protocol by the state. We have successfully gotten cocaine trafficking cases dismissed by suppression of evidence by our knowledge of the laws surrounding evidence, its acquisition, and chain of custody.

Although both forms of drug possession are legally permissible pieces of evidence in a courtroom, a jury of common citizens in a trial will be much less likely to convict on constructed possession of a drug than they would be for actual possession of the drug. We are experienced in leveraging this to obtain a more favorable plea deal for our clients facing drug charges.

Unlawful Stop: Often times, drug trafficking charges arise from a traffic stop that results in a car being searched, and drugs are found. It’s important to note that traffic stops are legal only if there was a traffic violation observed before the drugs were found- if, for example, a police officer has probable cause obtained from conducting surveillance on a defendant’s home and noticing drug-related activity, this is not grounds for a traffic stop, regardless of what drug-related activity they observed. Any traffic violation (from running a stop sign to having a taillight out) is grounds for a police officer to pull you over. In the absence of a traffic violation that led to the drugs found during the stop, however, we can argue to have any cocaine found in your automobile dismissed as evidence, and the possession of the cocaine cannot be used against you in the future for a similar drug charge within that jurisdiction.

Lack of Knowledge: It is not unheard of for a drug smuggler to utilize an unsuspecting person to aid in their trafficking. In certain circumstances, it can be argued that the individual was unaware of what drug they were in possession of. While O.C.G.A. § 16-13-54.1 explicitly states that the defendant does not need to be aware of how much cocaine they are in possession of to be charged with drug trafficking, there is still a reasonable defense in arguing that an individual was unaware of what drug they were trafficking. An example may be an individual signing for a package with drugs, who may be unaware of what exactly they were signing for.

In the case of Barnett v. State, A jury found Reginald Clay Barnett guilty of trafficking in cocaine, but upon appeal the defense attorney was able to get the drug charge reduced to the lesser “possession of cocaine” offense.

Barnett was stopped for a traffic violation of having an inoperative headlight, and upon stopping the defendant the arresting officer noticed that he smelled of alcohol, had bloodshot eyes, slurred speech, and was nervous. The defendant admitted that he had been drinking, and a field sobriety test was executed. The defendant performed poorly on the test, and was arrested for a DUI.

Because there were no valid drivers for the car while Barnett was being arrested, the arresting officer elected to impound the car. Standard practice for impounding a car is to take inventory of the contents prior to impounding it, and while taking inventory the officers found crack cocaine in a Cheetos bag that had been placed in a slit that had been made in the back of the passenger side seat.

33.9 grams of cocaine were recovered, passing the statutory requirement of 28g to become a cocaine trafficking charge. The cocaine was measured to be 82.5 percent cocaine. Because this meant that the total quantity of pure cocaine therefore only measured 27.9675g. The defense attorney argued that this meant the cocaine technically weighed less than 28g, and the court was forced to reduce the drug charge to a lesser cocaine possession charge.

If you have been charged with trafficking cocaine or any other drug charge, give Bixon Law a call today to speak to one of our experienced Georgia criminal defense lawyers. We will vigorously defend your legal rights and advocate on your behalf to have your case dismissed or the charges against you reduced. As experienced trial attorneys, we are also not afraid to take your case to trial if necessary. We represent clients in Atlanta and throughout the state of Georgia. We are lawyers who are committed to helping people in difficult situations and we invite you to call us at (404) 551-5684 for a free consultation today.