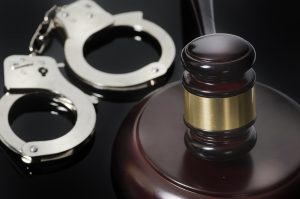 Felony murder is at least two crimes, the first crime being the dangerous felony. A serious or inherently dangerous felony can be cruelty to children, burglary, arson, rape, or kidnapping. The second crime in a felony murder is the death or murder that results from the crime, either intentionally, by accident, or as the foreseeable result of the felony being committed.

(a) A person commits the offense of murder when he unlawfully and with malice aforethought, either express or implied, causes the death of another human being.

(b) Express malice is that deliberate intention unlawfully to take the life of another human being which is manifested by external circumstances capable of proof. Malice shall be implied where no considerable provocation appears and where all the circumstances of the killing show an abandoned and malignant heart.

(c) A person also commits the offense of murder when, in the commission of a felony, he causes the death of another human being irrespective of malice.

If you are a regular reader of our blogs or follow the law in general, you might be thinking, Wait! I’ve read before that many crimes require intent, planning for a felony does not mean a suspect planned to commit murder and murder requires intent. Felony murder does not require intent, therefore accidents, attempts, and mistakes are not a defense to a felony murder charge. Here, law makers, for a number of reasons, including an attempt to discourage violent felonies, the use of weapons, and to increase prison sentences, created legislation that expands the definition of murder.

A classic felony murder scenario is a planned bank robbery where someone dies as a result of the planning, execution, or while immediately fleeing from the bank robbery. The rationale is that without the commission of the inherently dangerous felony the murder would not have been committed, therefore the murder is, in effect, no different from the rest the crime, even if it wasn’t planned. What’s more, it does not matter which member of the crime caused the actual murder, all will be charged for the murder, even a look-out person. The state of Georgia takes this one step further, for example, if a police officer at the bank shot and killed someone during the commission of the felony, whether it be a bank client or a robbery suspect, the other members of the crime, and not the police officer, would be charged with felony murder. The rationale is that the police officer was forced to fire or return fire because of the commission of the inherently dangerous felony. This is covered under;

There are parts of felony murder that seem unjust, that why it is important to obtain experienced counsel to help with your defense. Common defenses to felony murder include

At Bixon Law, we work cases with our client’s future in mind. We are passionate about keeping our clients informed about the law and diligently work on their behalf to resolve their case with the best possible outcome. If you or a loved one has questions, please call us at 404-551-5684 for a free consultation today.