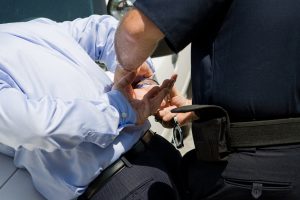 “I plead the fifth.”

No person shall be held to answer for a capital, or otherwise infamous crime, unless on a presentment or indictment of a Grand Jury, except in cases arising in the land or naval forces, or in the Militia, when in actual service in time of War or public danger; nor shall any person be subject for the same offense to be twice put in jeopardy of life or limb; nor shall be compelled in any criminal case to be a witness against himself, nor be deprived of life, liberty, or property, without due process of law; nor shall private property be taken for public use, without just compensation.

Double jeopardy. It’s also a common term that we’ve all heard hundreds of times and over again. Some have only gained what little knowledge they know about double jeopardy from…well…the 1999 film Double Jeopardy—staring Ashley Judd as a wife wrongfully convicted of killing her husband who faked his own dead. In the movie, Judd learns from a fellow inmate that if she can get paroled for good behavior that she could find and kill her husband with impunity under the Double Jeopardy Clause of the Fifth Amendment. Judd gets paroled after serving six years and goes on the hunt for her very much alive-and-breathing husband.

Judd’s fellow inmate knew her legal rights. Along with the right not to be deprived of life, liberty or property without due process of law or the right to be compensated for private property taken for public use, American citizens cannot be prosecuted for the same criminal conduct twice—known as double jeopardy. Unlike “pleading the fifth,” the concept of double jeopardy isn’t as easily understood as the right not to be a witness against yourself. And, in fact, is often misunderstood.

What’s the policy behind the Double Jeopardy Clause of the Fifth Amendment? “The underlying idea, one that is deeply ingrained in at least the Anglo-American system of jurisprudence, is that the State with all its resources and power should not be allowed to make repeated attempts to convict an individual for an alleged offense, thereby subjecting him to embarrassment, expense and ordeal and compelling him to live in a continuing state of anxiety and insecurity, as well as enhancing the possibility that even though innocent he may be found guilty.” Green v. United States, 355 U.S. 184, 187–88 (1957).

Georgia residents are protected under the law from being prosecuted twice for the same criminal act just as all American citizens under the U.S. Constitution. Under O.C.G.A.§ 16-1-7, when the same conduct of an accused may establish the commission of more than one crime, the accused may be prosecuted for each crime. He may not, however, be convicted of more than one crime if:

(2) The crimes differ only in that one is defined to prohibit a designated kind of conduct generally and the other to prohibit a specific instance of such conduct.

If the several crimes arising from the same conduct are known to the proper prosecuting officer at the time of commencing the prosecution and are within the jurisdiction of a single court, they must be prosecuted in a single prosecution. However, when two or more crimes are charged, the court in the interest of justice may order that one or more of such charges be tried separately.

However, the Supreme Court of Georgia held that since the defendant murdered a single victim, he can be sentenced for either malice or felony murder but not both. Malcolm v. State, 263 Ga. 369(4), 434 S.E.2d 479 (1993). Accordingly, the Court vacated the separate judgment of conviction and sentence for the felony murder. The Court goes on to state that although the defendant may not be sentenced on the felony murder guilty verdict, he may be sentenced on the underlying guilty verdict for the aggravated assault if it does not merge by fact into the murder conviction for which he was sentenced. Malcolm, supra, 263 Ga. at 372(5), 434 S.E.2d 479.

EXCEPTION TO THE DOUBLE JEPOARADY CLAUSE

There is an exception to double jeopardy. Under what is known as the Separate Sovereign’s rule, a defendant can be prosecuted under both state and federal law for the same crime. In December 2018, the U.S. Supreme Court heard arguments challenging the exception to the Double Jeopardy rule in the case of Gamble v. United States.

In 2008, Terance Martez Gamble was convicted in Alabama state court of a felony, becoming a convicted felon. In 2015, Gamble was pulled over by police and a search of his car resulted in the discovery of marijuana, a digital scale and a gun. Under Alabama and federal laws, a convicted felon is prohibited from possessing a firearm. Gamble plead guilty to the Alabama state charges, receiving one-year prison sentence. He was also convicted in federal court and received an additional 34-month prison term. Gamble argues that the district court erred in concluding that the Double Jeopardy Clause of the Fifth Amendment did not prohibit the federal government from prosecuting him for the same conduct he had previously plead guilty to in State court. The case is currently pending in the U.S. Supreme Court.

If you or a loved one has been charged with a crime that you believe violates the Double Jeopardy Clause of the Fifth Amendment, call Bixon Law today. You need an experienced Georgia criminal defense lawyer who will defend your legal rights and vigorously advocate on your behalf to have your case dismissed or the charges against you reduced. As experienced trial attorneys, we are also not afraid to take your case to trial if necessary. We represent clients in Atlanta and throughout the state of Georgia. We are lawyers who are committed to helping people in difficult situations and we invite you to call us at 404-551-5684 for a free consultation today.