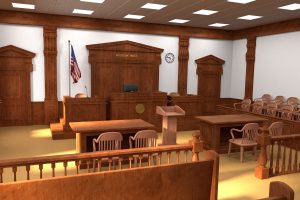 A criminal trial can be broken down into six to seven major categories, depending on the outcome—an acquittal (a not guilty verdict) and conviction (a guilty verdict). The categories are: (1) jury selection; (2) opening statements; (3) presentation of case/evidence; (4) closing statements; (5) jury deliberation; and, (6) verdict. If the verdict is guilty then the additional category is (7) sentencing. Anyone who has seen an episode of Law & Order or the great American legal drama, Matlock, has seen some variation of the criminal trial process. Or, if you watched the televised O.J. Simpson or Jodi Arias trials, then you are familiar with how a criminal trial goes. Or, any episode of Dateline for that matter!

THE DUTY OF THE JURY IN A CRIMINAL TRIAL: DETERMING GUILT OR INNOCENCE

However, not every single stage of a criminal trial is explained in these programs, which is why we are here—real lawyers providing you with real insight into the legal world. Today, we’ll focus on the sentencing stage.

During a criminal trial when both sides—the defense and the State—have presented their evidence and rested their cases then it’s the jury’s job to make a determination of the defendant’s guilt or innocence based upon the evidence presented. Before retiring to the jury room, the judge will instruct the jury on the law that must be applied to the case at hand. In addition, the judge will:

After the jury is charged and retires to the jury room to deliberate then it’s a waiting game for both the defense and the prosecution. Both sides have presented their cases and, hopefully, vigorously advocated on their client’s behalf—the defendant for the defense and the State for the prosecution. When the moment of truth arrives, the jury will return to the courtroom and the defendant will stand to face the jury. The foreman of the jury will give the verdict to the judge or in some instances, the court clerk, to be read aloud. Afterwards, the judge will thank the jurors for their service and dismiss them from the courtroom. Of course, if a defendant is prosecuted with a crime and found not guilty. He or she is free to go and there is no sentencing stage. However, if—after deliberating—the jury returns with a guilty verdict then the next phase of a criminal trial is sentencing. In which, the judge will determine.

SENTENCING IN A CRIMINAL TRIAL

Many crimes have mandatory sentencing, which strips away the judge’s discretion when determining a fair and just sentence in criminal trials where the defendant has been found guilty of a crime. For crimes that do not have a mandatory sentence attached to them then the judge has discretion to determine what he or she deems fit for the offense committed. Depending on the seriousness of the crime, there are several forms of punishment that a judge can sentence a defendant to that include: paying a fine, paying restitution to a victim if the crime was not a victimless crime, a jail or prison sentence, probation, community service or completion of an education or drug program in appropriate cases.

In serious crimes where a victim or a victim’s family has been impacted then the judge will hear victim impact statements that the judge will take into consideration when determining a sentence. The defense will also have a chance to present mitigating factors to the court to help reduce the defendant’s sentence. Such mitigating factors include the defendant’s childhood, criminal history, the nature of the crime itself and if the defendant expresses remorse for the crime he or she has been found guilty of committing.

In the state of Georgia, a sentence of death is determined by a jury and must be unanimous. If a single juror opposes a death sentence then the result will be a hung jury during the sentencing phase and the defendant will be sentenced to life in prison.

At Bixon Law, we are experienced Georgia criminal defenses lawyers who will always fight to protect your legal rights. We will advocate vigorously on your behalf. If you have been charged with a crime, we will fight to have your case dismissed or the charges against you reduced. As experienced trial attorneys, we are also not afraid to take your case to trial if necessary. We represent clients in Atlanta and throughout the state of Georgia. We are lawyers who are committed to helping people in difficult situations and we invite you to call us at 404-551-5684 for a free consultation today.