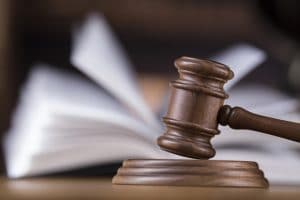 When you hear “cruelty to children” in the same sentence, you may have immediate mental images of horror movie style physical abuse. When you look at the words individually, it may sound more like saying harsh things to a child. Georgia’s legal definition of “cruelty to children” can include both of these, and everything in between. In fact, “cruelty to children” is arguably most commonly found in situations where a child was never touched or spoken to, but is considered preventable witness to a crime- situations known as “Cruelty to Children in the Third Degree”.

There are three tiers of Cruelty to Children charges in Georgia: Cruelty in the First (Felony), Cruelty in the Second (Felony), and Cruelty in the Third (Misdemeanor). It is important to understand that each of these classifications have their own unique criteria, but can still be charged concurrently. The main differentiators are whether the child was the victim of a crime or just witness to it, and in cases where the child was the victim whether the harm done was intentional or a result of negligence.

Cruelty in the First: There are two separate statutes that cover Cruelty in the First. A child’s caretaker violates O.C.G.A. § 16-5-70(a) when they “willfully deprive the child of necessary sustenance to the extent that the child’s health or well-being is jeopardized”. The main example of this would be starving a child as punishment. A child’s caretaker violates O.C.G.A. § 16-5-70(b) when they “maliciously cause a child cruel or excessive physical or mental pain”. This can include something physical like burning a child with a curling iron, or repeated verbal abuse. But because mental pain is a term that is fairly broad and subjective, it can also expand into something such as unsanitary living conditions- it is the arresting officer’s discretion as to whether a situation can cause mental pain, and is further at their discretion as to whether this mental pain is cruel or excessive.

Cruelty in the Second: A child’s caretaker violates O.C.G.A. § 16-5-70(b) when they “with criminal negligence cause a child under the age of 18 cruel or excessive physical or mental pain”. This is essentially a mirrored statute to the statute above, with the only difference being that the pain is caused by negligence. This could include leaving a child unattended, during which time they burn themselves with a curling iron.

Not the Aggressor: Cruelty in the Third, the most common charge, can only be presented against the primary aggressor. If we can prove that you did not start or cause the altercation that led to the charge, Bixon Law can potentially have the charge dismissed.

Challenging Officer’s Interpretation: Cruelty to Children is based heavily on subjective criteria. There is no black-and-white standard for jeopardized health or well-being (Cruelty in the First), cruel or excessive pain (Cruelty in the First and Second), or even what constitutes negligence (Cruelty in the Second). One example that has taken a national spotlight is the act of spanking: to one officer this may be cruel and unusual, and to another jury member this may be standard child-rearing methodology. Bixon Law can help you present your side of the story when we defend you.

Knowledge of Child’s Exposure: Cruelty in the Third is based on a child’s exposure to a crime, and hinges entirely on whether or not the defendant was aware of this exposure and chose not to prevent it. For example, if you get into an altercation with your spouse after getting home from work but were unaware that your child was already home from school and in their bedroom, Bixon Law can argue that your Cruelty to Children charge is not justified and must be dropped.

In Brewton v. State, Brewton’s child told a passerby that his mother was chasing him with an ax. An officer was called out to inspect the situation, and found extremely unsanitary conditions: leaking toilets had saturated hallway and living room carpets, which were rolled up soiled in the house; trash collection had been suspended due to lack of money; trash was stored in the house and dogs would enter a broken deck-door window and get into the trash; two ducks were allowed to live in one bathroom for about two months; the parrot had been allowed to live in the kitchen for at least a week; and there was a sizeable amount of feces as the ducks went to the bathroom often and the parrot did so “every 30 minutes.”

Brewton’s defense attorney was able to get the conviction reversed under the defenses that we shared above. Brewton stated that she was not chasing the child with an ax with intention of harming him, but rather intended to use the ax to destroy a toy that had been left out as a method of parenting. After hearing Brewton’s defense attorney’s presentation of the situation, they agreed that it was a parenting style more closely related to reckless conduct. Furthermore, Brewton’s defense attorney highlighted that for the charge to be upheld it had to be proven that the unsanitary conditions were created with malicious intent- the attorney was able to argue that while the home may have been irresponsibly neglected, the conditions were not designed and created with the intentional purpose of harming the children.

If you have been charged with a cruelty to children charge in Georgia, give Bixon Law a call today to speak to one of our experienced Georgia criminal defense lawyers. We will vigorously defend your legal rights and advocate on your behalf to have your case dismissed or the charges against you reduced. As experienced trial attorneys, we are also not afraid to take your case to trial if necessary. We represent clients in Atlanta and throughout the state of Georgia. We are lawyers who are committed to helping people in difficult situations and we invite you to call us at (404) 551-5684 for a free consultation today.

When you hear “cruelty to children” in the same sentence, you may have immediate mental images of horror movie style physical abuse. When you look at the words individually, it may sound more like saying harsh thing...