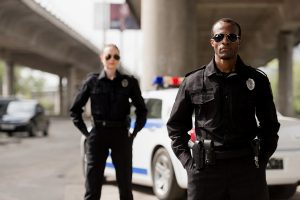 WHAT IS DIRECT EVIDENCE?

Direct evidence directly establishes a fact and does not require a juror to make any inferences. For example, in a murder trial, an eyewitness who testifies that he saw the defendant shoot the victim in the back is providing direct evidence to help the prosecutor prove that the defendant murdered the victim.

WHAT IS CIRCUMSTANTIAL EVIDENCE?

Circumstantial evidence requires the jury to make an inference connecting the evidence to a conclusion of fact. Let’s say that a woman is on trial for killing her cheating boyfriend with an ice pick. An example of circumstantial evidence in this case would be if a witness testifies that when she walked into the couple’s apartment, she saw blood on the woman’s hand as the victim laid on the floor but did not see the ice pick in the woman’s hand. In order for the jury to conclude that the defendant on trial killed the victim, the jury must infer that: (1) the blood belongs to the victim; and, (2) the defendant got the blood on her hands when she plunged the ice pick into the victim’s neck as opposed to trying to administer first aid to the victim.

Although circumstantial evidence is weighed as equally as direct evidence, a good criminal defense attorney will point out the inconsistencies in the circumstantial evidence—which, cannot support a guilty conviction. In the above “ice pick” scenario, the woman was not seen with the ice pick in her hands and—let’s just say—the defendant’s fingerprints were not on the weapon. The defendant could have indeed gotten the blood on her hands as she rendered medical aid to her dying boyfriend.

There are cases, however, where the distinction between circumstantial and direct evidence isn’t so clear. In fact, it can be downright blurred. Judges and lawyers may see evidence presented as direct evidence while jurors may ask the question: what did the witness actually see? For example, the testimony of witness that she was at a party and saw the defendant pull out a gun and point it at the victim before turning away, running and hearing gunshots could be viewed as direct evidence in a murder trial by some. However, the witness did not actually see the defendant pull the trigger. In fact, at a party where several party goers may have been carrying a gun, anyone could have pulled the trigger during the chaos.

Mark Twain may have possibly illustrated the essence of circumstantial evidence the best, “Even the clearest and most perfect circumstantial evidence is likely to be at fault, after all, and therefore ought to be received with great caution. Take the case of any pencil, sharpened by any woman; if you have witnesses, you will find she did it with a knife; but if you take simply the aspect of the pencil, you will say she did it with her teeth.”

In Johnson v. State, 159 Ga. App. 497 (283 S.E.2d 711) (1981), the appellant appealed his conviction of theft of services valued at $185.69 from A to U Rental Center, contesting the sufficiency of the evidence. The Georgia Court of Appeals reversed his conviction, concluding that there was “no direct evidence of appellant’s intent to obtain the use of this equipment by deception and with intent to avoid payment, the question is whether the circumstantial evidence warranted the conviction.”

If you or a loved one has been charged with a crime, call Bixon Law today. You need an experienced Georgia criminal defense lawyer who will defend your legal rights and vigorously advocate on your behalf to have your case dismissed or the charges against you reduced. As experience trial attorneys, we’re also not afraid to take your case to trial if necessary. We represent clients in Atlanta and throughout the state of Georgia. We are lawyers who are committed to helping people in difficult situations and we invite you to call us at 404-551-5684 for a free consultation today.