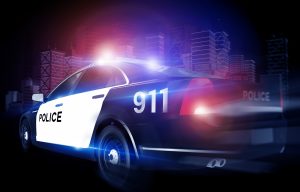 You’ve spent four days in county jail for public intoxication. It’s a minor, first-time offense for you. And, luckily, on your court date the prosecutor is in a good mood and agrees to time served and a fine. You’ll still have to plead guilty and have a conviction on your record, but you’re going home…so you think. Just as you plead guilty to the public intoxication offense, the judge’s clerk announces that he’s just found an out-of-state warrant for your arrest in the National Crime Information Center (NCIC) database. You’re wanted in Alabama for a crime you don’t even remember committing. You’re a fugitive! Now, you’re wondering what’s next? Is the judge going to hold you or let you out on bond?

The out-of-state arrest warrant will typically contain details about the crime and a description of the individual accused of committing the crime. Further, if a valid out-of-state arrest warrant is issued for your arrest, you may be arrested at any time and in any location and returned to the state where the crime was committed—known as the process of extradition. Extradition is the formal process by which a fugitive arrested in one state (the asylum state) on an extradition warrant is surrendered to another state (the demanding state) for trial or punishment.

Under Georgia’s Uniform Criminal Extradition Act, it is the duty of the Governor of this state to have arrested and delivered up to the executive authority of any other state any person charged in that state with treason, felony, or other crime, who has fled from justice and is found in this state. O.C.G.A. §17-13-22. If the Governor decides that the demand should be complied with, he shall sign a warrant of arrest, which shall be sealed with the seal of the office of the Governor and directed to any peace officer or other person whom he may think fit to entrust with the execution thereof. The warrant must substantially recite the facts necessary to the validity of its issuance. O.C.G.A. §17-13-27.

Under O.C.G.A. §17-13-23, no demand for the extradition of a person charged with a crime in another state shall be recognized by the Governor unless in writing, alleging that the accused was present in the demanding state at the time of the commission of the alleged crime and that thereafter he fled from the state, and accompanied by a copy of an indictment found, or by information supported by affidavit in the state having jurisdiction of the crime, or by a copy of an affidavit made before a magistrate there, together with a copy of any warrant which was issued thereupon, or by a copy of a judgment of conviction or of a sentence imposed in execution thereof, together with a statement by the executive authority of the demanding state that the person claimed has escaped from confinement or has broken the terms of his bail, probation, or parole. The indictment, information, or affidavit made before the magistrate must substantially charge the person demanded with having committed a crime under the law of the state; and the copy of the indictment, information, affidavit, judgment of conviction, or sentence must be authenticated by the executive authority making the demand.

MANNER & PLACE OF EXECUTION OF WARRANT

The warrant shall authorize the peace officer or other person to whom directed to arrest the accused at any time and any place where he may be found within the state, to command the aid of all peace officers or other persons in the execution of the warrant, and to deliver the accused, subject to other provisions of this article, to the duly authorized agent of the demanding state. O.C.G.A. §17-13-28.

RIGHTS OF THE ACCUSED, APPLICATION FOR WRIT OF HABEAS CORPUS & HEARING

No person arrested upon a warrant shall be delivered over to the agent whom the executive authority demanding him shall have appointed to receive him unless he shall first be taken forthwith before a judge of a court of record in this state, who shall inform him of the demand made for his surrender, of the crime with which he is charged, and that he has the right to demand and procure legal counsel. If the prisoner or his counsel shall state that he or they desire to test the legality of his arrest, the judge of the court of record shall fix a reasonable time to be allowed him within which to apply for a writ of habeas corpus. When the writ is applied for, notice thereof, and of the time and place of hearing thereon, shall be given to the prosecuting officer of the county in which the arrest is made and in which the accused is in custody and to the agent of the demanding state. O.C.G.A. §17-13-30.

Unless the offense with which the prisoner is charged is shown to be an offense punishable by death or life imprisonment under the laws of the state in which it was committed, a judge or magistrate in this state may admit the prisoner to bail by bond, with sufficient sureties, in such sum as he deems proper, conditioned for the prisoner’s appearance before the judge or magistrate at a time specified in such bond and for the prisoner’s surrender to be arrested upon the warrant of the Governor of this state. O.C.G.A. §17-13-31.

WHY DO YOU NEED AN ATTORNEY IN AN EXTRADITION CASE?

Moreover, before a person is extradited, certain requirements must be met under the law and usually at an extradition hearing:

There are some defenses available to contest an extradition. Two defenses include proving that the demanding state has provided: (1) Insufficient Documentation; or, (2) Insufficient Identification. An extradition may be challenged if the details of the warrant are insufficient or if it can be proved that the accused is not the subject of the fugitive warrant. Usually, if such defenses are sufficiently raised, then the asylum state judge will either release the defendant (with or without bond) or continue the extradition hearing out to a future date to allow the demanding state time to correct the inaccurate information.

Have you been arrested on an out-of-state/extradtion/fugitive warrant in Georgia? If so, call Bixon Law today. We can help you with challenging the extradition proceeding or obtaining an extradition bond. You need an experienced Georgia criminal defense lawyer on your side who will defend your legal rights and vigorously advocate on your behalf to have your case dismissed or the charges against you reduced. As experienced trial attorneys, we are also not afraid to take your case to trial if necessary. We represent clients in Atlanta and throughout the state of Georgia. We are lawyers who are committed to helping people in difficult situations and we invite you to call us at 404-551-5684 for a free consultation today.