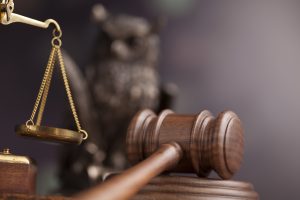 In Georgia, the criteria for Financial Transaction Card Theft is defined under O.C.G.A. § 16-9-31(a).  This statute has multiple subsections and ways that the prosecutor can prove the crime, listed and explained below.

“They take, obtain, or withhold a financial transaction card from the person, possession, custody, or control of another without the cardholder’s consent; or who, with knowledge that it has been so taken, obtained, or withheld, receives the financial transaction card with intent to use it or to sell it or to transfer it to a person other than the issuer or the cardholder”

This is the main and most common way that the crime can be committed, and breaks it down into two categories:  1) taking the card, and 2) receiving the card with bad intentions.  “Taking” the card can also be withholding the card though- for example, if your roommate gives you their debit card to pick up some food and then you say you lost it or refuse to give it back, this would be enough for the prosecutor to say that you took or withheld the card.  Note that to be convicted you don’t have to be intending to use the card in any specific way if you are taking (or withholding) the card, it just has to be in your possession.  If receiving the card, however, you have to have received it intending to use it for yourself or to give/sell it to somebody.  The classic examples here would be buying a stolen credit card from somebody on the streets or being involved in a card theft ring.  Both taking and receiving require that you know the legal card owner did not consent.

“He receives a financial transaction card that he knows to have been lost, mislaid, or delivered under a mistake as to the identity or address of the cardholder and he retains possession with intent to use it or sell it or to transfer it to a person other than the issuer or the cardholder”

This one is pretty simple.  It basically just expands on the above section to say that if you find a lost card or a card was accidentally delivered to you, keeping it to use or sell instead of trying to get the card to its owner counts as theft.

Where the first subsection says that you have to intend to use or sell the card at the very moment in which it came into your possession, this section eliminates a need to prove bad intentions when there is a sale and purchase proven.

Per O.C.G.A. § 16-9-38(b), A person subject to punishment under this subsection shall be guilty of a felony and shall be punished by a fine of not more than $5,000.00 or imprisonment for not less than one year nor more than three years, or both.

In the Georgia Appeals Court case of Bell v. State, a woman walked into a pizza shop holding her keys and debit card.  After reaching the counter, she realized that her card was no longer in her hand.  She retraced her steps to and from her car looking to see where she had dropped the card, but found nothing.  Another patron who witnessed the event stated that defendant Bell had taken her card off the ground inside the pizza shop.  Although Bell denied these allegations, a police report was filed and surveillance video showed the victim dropping the card accidentally and Bell subsequently picking it up off the ground and exiting the store.  Bell claimed that the evidence was not sufficient to support a conviction because the debit card was not taken from the victim’s possession.  The court found that because the victim was the named cardholder she was implied to have control over the card.  Regardless, even if the card were to be considered lost or mislaid property, that would be a violation of O.C.G.A. § 16-9-31(a)(2) which concerns lost or mislaid cards.

If you have been charged with Financial Transaction Card Theft and need the best local criminal defense attorney, give Bixon Law a call today to speak to one of our experienced Georgia criminal defense lawyers. We will vigorously defend your criminal defense rights, and advocate on your behalf to have your criminal case dismissed or your charges reduced. As experienced trial attorneys, we are not afraid to take your case to trial if necessary. We represent clients in Atlanta and throughout the state of Georgia. We are lawyers who are committed to helping people in difficult situations, and we invite you to call us at (404) 551-5684 for a free consultation on your case today.