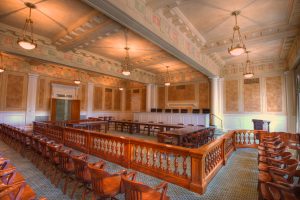 We’ve all been pulled over by the police before—at least most of us. If you haven’t then you are a unicorn! Such a traffic stop usually involves an officer requesting to see your license and registration before heading back to his or her police cruiser with your information in hand. And, doesn’t it always seem like it takes forever for the officer to return with either a ticket or a warning (if your prayers are answered!)?

Some people wait patiently during this time. Some cruse the universe. Some pray to the heavens. And, others simply wonder…why is this taking so long? One reason is because the officer is checking GCIC or NCIC to see if there are any outstanding warrants out for your arrest or maybe even if the car you are driving is stolen. In laymen terms, the officer is looking up dirt on you to give him or her a reason to arrest you! Or, maybe you’re dangerous to the public—in the eyes of the law—and need to be taken into custody. So, what is GCIC and NCIC, you ask?

GCIC is a division of the Georgia Bureau of Investigation (GBI). It was established in 1972 by then Governor of Georgia, Jimmy Carter who believed that a statewide computerized system compiled of information on “criminals” was necessary in order to combat crime. According to the GBI’s website, the mission of GCIC is “to protect the citizens of Georgia by providing accurate and timely criminal justice information and related services.  GCIC does this through employee, customer and stakeholder involvement, teamwork, planning and technology.”

Before the creation of the GCIC, it was hard for local agencies to share information about offenders between agencies. Under the governorship of Carter, new laws were created that required local law enforcement and criminal justice agencies to report data on crime and criminals which include arrestee fingerprints, final dispositions after an arrest, missing persons, wanted persons, stolen property records, vehicle registration and driver’s license information.

Offender information flows into GCIC from a network known as the Criminal Justice Information System (CJIS). CJIS is a computer-based network of terminals located in local police departments, sheriff’s offices, courts, correctional institutions, and federal and state law enforcement agencies. GCIC serves “as the chief provider of criminal justice information services in Georgia by providing officials and agencies in the criminal justice community with round-the-clock access to information needed to fulfill their responsibilities.”

NCIC acts in the same manner as GCIC except its nationwide. NCIC was launched just a few short years before GCIC in 1967. Every criminal justice agency in the nation has access to NCIC 24 hours a day in order to help combat crime whether it is apprehending a fugitive, a terrorist or locating a missing person. According to the FBI website, NCIC has been under shared management since its inception—between the FBI, federal, state and local agencies. Just as GCIC, NCIC works by law enforcement agencies entering offender records into the database. All records are accessible to all agencies across the nation. As mentioned, a police officer can search NCIC during a traffic stop to determine if the driver is wanted by law enforcement or if the vehicle is stolen. The system responds in real time—instantly.

However, it must be noted and as explained by the FBI, that a NCIC “hit” is not probable cause for an officer to take action. NCIC policy requires the inquiring agency to verify that the information in the system is correct and timely. Once the information is verified then the inquiring agency may take action such as in arresting a fugitive or recovering stolen property.

Just like GCIC, offender information flows into NCIC from CJIS, which has the overall responsibility for the administration and usage of NCIC within a district, state, territory or federal agency. CJIS appoints a CJIS Systems Officer (CSO) from its agency to be responsible for monitoring the system’s use, enforcing system discipline and security and assuring that all operating procedures are followed.

For more information on GCIC and NCIC, check out https://www.fbi.gov/services/cjis/ncic and https://gbi.georgia.gov/georgia-crime-information-center, which information for this article was compiled.