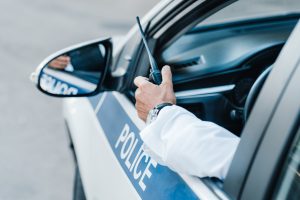 When Can a Georgia Resident Possess a Handgun Without a Permit?

Under Georgia law, O.C.G.A. § 16-11-126, any person who is not prohibited by law from possessing a handgun or long gun may have or carry on his or her person a weapon or long gun on his or her property or inside his or her home, motor vehicle, or place of business without a valid weapons carry license.

When Does a Georgia Resident Need A Permit to Possess a Handgun?

Under Georgia law, O.C.G.A. § 16-11-126(g), any person with a valid weapons carry license may carry a weapon in all parks, historic sites, or recreational areas, including all publicly owned buildings located in such parks, historic sites, and recreational areas, in wildlife management areas, and on public transportation; provided, however, that a person shall not carry a handgun into a place where it is prohibited by federal law.

Under Georgia law, O.C.G.A. § 16-11-126, when a person commits the offense of carrying a weapon and is convicted shall be punished as follows:

What Firearms and Weapons are Prohibited in the State of Georgia?

Under Georgia law, O.C.G.A. § 16-11-123, a person commits the offense of unlawful possession of firearms or weapons when he or she knowingly has in his or her possession any sawed-off shotgun, sawed-off rifle, machine gun, dangerous weapon, or silencer.

Penalty for Possessing a Prohibited Firearm or Weapon in Georgia

In the state of Georgia, possessing a prohibited firearm or weapon is a felony. Upon conviction, a person shall be punished by imprisonment for a period of five years.

Georgia Case Law on Possession of a Sawed-Off Shotgun

In Cox v. State, Ga. App. 100 (2009), Michael Bruce Cox of Chatham County was found guilty of numerous charges, including one count of possession of a sawed-off shotgun. On appeal, he argued that there was insufficient evidence to support the guilty verdicts against him.

At trial, the evidence showed that on July 29, 2006, officers executed a warrant at an apartment based on two controlled buys of narcotics made by a confidential informant (“CI”) at the location. The CI had made purchases from Chedrick Chaney, but Cox was at the apartment during one of the buys. Cox’s key ring had a key to the apartment as well as a key to the vehicle he drove to the scene. In the night stand beside the bed, the officers discovered a shotgun with a barrel shorter than 18 inches. While the officers were attempting to check the shotgun for ammunition, Cox told them that the weapon was unloaded.

The shotgun was found in the night stand along with his personal papers, permitting an inference that Cox had ownership and control over the shotgun and the area surrounding the bed under which the prescription narcotics were discovered. Additionally, the fact that Cox’s personal papers were found in the apartment, and the fact that he had a key to the apartment support the jury’s finding that Cox possessed control over the apartment. The Court affirmed the jury’s guilty verdict.

Possible Defenses to a Gun Charge in Georgia

As with any criminal charge, your future is at stake. Here at Bixon Law, we’ll assist you in strategizing the best possible defense in your case depending on the facts and circumstances involved. In a gun charge case, there are some possible defenses:

The Handgun Did Not Belong to You: If you have been charged with violating Georgia’s gun laws, one possible defense is to provide evidence that the weapon you are charged with being in possession of does not belong to you.

The State Cannot Prove the You Knowingly Possessed a Prohibited Weapon: A possible defense against a charge of being in possession of a prohibited firearm in Georgia is to present evidence to prove that you were not aware of the illegal weapon being in your possession.

If you have been charged with or are being investigated for violating Georgia’s gun laws, call Bixon Law today. You need an experienced Georgia criminal defense lawyer who will defend your legal rights and vigorously advocate on your behalf to have your case dismissed or the charges against you reduced. We represent clients in Atlanta and throughout the state of Georgia. And, we are lawyers who are committed to helping people in difficult situations. We invite you to call us at 404-551-5684 for a free consultation today.