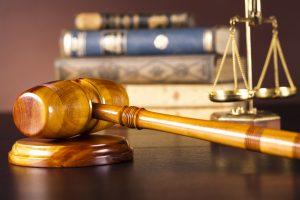 Georgia’s General Assembly has always been looking for ways to reintegrate offenders into the society. Within the last two years, several laws pertaining to first offenders were enacted. In 2015, law was passed mandating that those charged with a crime must be informed about their first time offender eligibility either by their attorneys or by the court (OCGA §42-8-61). Moreover, individuals who would have been qualified at the time of their sentencing but were not aware of their eligibility may be retroactively sentenced as first offenders (OCGA §42-8-66). In 2016, judges were granted the authority to restrict first offender records at the time of sentencing instead of waiting until the sentence is complete and to seal court and jail rectords for successful first offenders (OCGA §42-8-62.1).

Georgia’s First Offenders Act was originally enacted in 1968. It is known as Georgia’s “second chance law” because it gives first offenders a chance to learn from their mistakes and move on with their lives without criminal conviction records affecting their lives and careers.

The First Offenders Act allows first offenders to plead guilty or nolo contendere (no contest) without conviction. OCGA §42-8-60(a) provides:

When a defendant has not been previously convicted of a felony, the court may, upon a guilty verdict or plea of guilty or nolo contendere and before an adjudication of guilt, without entering a judgment of guilt and with the consent of the defendant, defer further proceedings and:

The clerk of court shall transmit the record of the first offender sentence to the Georgia Crime Information Center (GCIC) after offender is placed on probation or confinement. At the time of sentencing, the offender may seek to limit public access to his or her sentencing information and the court may restrict dissemination of the offender’s records to the public. In making the order to restrict criminal records, the court shall weigh the public’s interest to the issues involve and the harm to the offender’s privacy.

What It Is and What Is It Not?

Jail time or confinement is one of the sentences that a judge can impose to the first offender. The offender can be put behind bars for a certain time period. Both jail time and probation can be imposed. Additional terms such as restitution, payment of fine, attending anger management courses, performing community services, and other activities that instill responsibility and accountability can be expected.

Although there is a verdict or guilty or nolo contendere plea, the court defers any further proceedings and does not enter any judgment. Instead, the court place the offender on probation or confinement. There is no adjudication of guilt. The first offender is not considered a convicted felon. During probation and/or confinement, the GCIC record contains “First Offender Act” remarks. The first offender’s exoneration of guilt and discharge shall not affect any of his civil rights and liberties. Thus, the offender has the right to vote and bear arms because he has no criminal conviction on record.

Violation of the probation imposed under First Offender Act can result in conviction and possible service of the crimes’ maximum penalties. This is not the same as the violation of normal probation which can only lead to imprisonment up to whatever the original sentence was.

As mentioned above, during the service of probation and/or confinement sentence, the “First Offender Act” annotation is in the case record. Case records of the proceedings remain and are open to the public. The offender can petition or ask the court that the records be “sealed” and made unavailable to the public upon successful completion of the probation or confinement and upon recording of the Order of Discharge.

Although the original purpose of the law is to give second chances to offenders by preventing derogatory record from showing up in GCIC, the law, by reason of public policy, allows employers engaged in children, elderly, and people with mental incapacity to discriminate applicants based on criminal record history.

Who are NOT qualified?

The court shall not sentence a defendant under first offender act when he has been found guilty of or entered a plea of guilt or a plea of nolo contendere for:

It is the responsibility of the attorney representing the offender to inform his client about his or her eligibility for sentencing as a first offender. Prosecutors usually require first offender to state on the record that he or she has not been convicted of a felony in the past and that he or she has never been under first offender program. If the defendant is not represented by a lawyer, the court shall inquire the defendant’s interest and eligibility to enter plea pursuant to the terms of First Offender Act. The court must make sure that the offender is qualified and made aware of the consequences of a first offender plea.

Procedures in Sealing Past Criminal Records of First Offenders

If the offender successfully completed his probation/confinement but his criminal record is still showing up, the offender must go to clerk of court where he has been sentenced and request that the “Order of Discharge” be entered in the criminal history kept by GCIC. If there is no “Order of Discharge” on file, offender must go back and request the probation/prison officer to make one and send it to the appropriate court for proper recording.

An individual who has been exonerated of guilt and discharged in the past may petition the court that granted such discharge for an order to retroactively seal and make unavailable to the public all of the offender’s criminal history record information in the custody of the clerk of court. Notice of such petition shall be given to the clerk of court and the prosecuting attorney.

The court shall hold a hearing on the petition. The court may consider any relevant evidence (1) proving the eligibility of the petitioner when sentenced and (2) proving that the ends of justice and welfare of the society are better served with the granting of the petition. Former probation/prison officer may prove that defendant followed all rules in the program and did not cause any trouble while in the system. Family members, friends, religious community leaders, employers and co-workers may prove that petitioner has been productive, reformed, and law abiding.

Bixon Law knows what a second chance means. It means giving the offenders another opportunity to prove their worth – to themselves and to the society in general. It is giving the offenders the chance to break loose from the bondage that holds them back from realizing their full potentials. If you or someone you know are facing prosecution that might tarnish your reputation and leave criminal marks in private and government records, don’t hesitate to call Bixon Law at 404-551-5684.