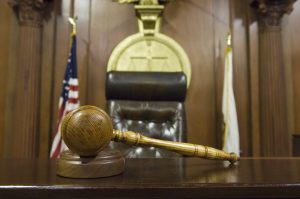 Despite public opinion these days, the job of law enforcement officers is to serve and protect the communities which they police. Therefore, when crimes are committed against people in the community, it is law enforcement’s duty to investigate such crimes in a fair and unbiased manner. However, when people give false information to law enforcement then they hinder the progress of the investigation. Further, when a person makes a false police report and/or statement to police about an alleged crime committed by an innocent person, they are impeding on the life, liberty and freedom of the accused.

Giving a false name, making a false police report and making a false statement to the police are all related offenses that obstruct the public administration of justice. Therefore, they are crimes that can have serious consequences on your life.

Under Georgia law, O.C.G.A. § 16-10-25, a person who gives a false name, address, or date of birth to a law enforcement officer in the lawful discharge of his official duties with the intent of misleading the officer as to his identity or birthdate is guilty of a misdemeanor. Misdemeanor charges come with a penalty of a $1,000 fine, one year in jail, or both.

False Report of a Crime in Georgia & Penalty

Under Georgia law, O.C.G.A. § 16-10-26, a person who willfully and knowingly gives or causes a false report of a crime to be given to any law enforcement officer or agency of this state is guilty of a misdemeanor. Misdemeanor charges come with a penalty of a $1,000 fine, one year in jail, or both.

Under Georgia law, O.C.G.A. § 16-10-20, aperson who knowingly and willfully falsifies, conceals, or covers up by any trick, scheme, or device a material fact; makes a false, fictitious, or fraudulent statement or representation; or makes or uses any false writing or document, knowing the same to contain any false, fictitious, or fraudulent statement or entry, in any matter within the jurisdiction of any department or agency of state government or of the government of any county, city, or other political subdivision of this state shall, upon conviction thereof, be punished by a fine of not more than $1,000.00 or by imprisonment for not less than one nor more than five years, or both.

In Wynn v. State, 511 S.E.2d 201 (Ga. Ct. App. 1999), defendant Wynn appealed his convictions of two counts of felony obstruction of a law enforcement officer and one count of giving a false name to a law enforcement officer. Two plainclothes police officers were searching for a fugitive other than defendant when they came upon a car parked on a dead-end street. Upon approaching the parked car, the officers saw an open container of alcohol, a can of beer on the console next to defendant who was seated in the driver’s seat. The officers identified themselves as police officers and asked defendant to step out of the vehicle. When asked his name, defendant replied that he was “Mark Grimes.” In response to further questions from the officers, defendant stated that he had no identification or driver’s license on his person and consented to being patted down. During the pat down a wallet was discovered in defendant’s pocket and defendant consented to the officers removing the wallet and looking in it. The wallet contained a state issued identification card containing defendant’s photograph and true name. When asked about the identification card defendant responded that the wallet was his brother’s. The Court of Appeals of Georgia affirmed the trial court’s judgment.

In 2010, Rusty Sneiderman was gunned down by his wife’s boss in front of a Dunwoody day care. Andrea Sneiderman who was allegedly her boss’ mistress was convicted of one count of hindering the apprehension of a criminal, one count of concealment of material facts, three counts of making false statements, and four counts of perjury. Sneiderman made false statements to law enforcement officers, perjured herself and hindered the apprehension of her boss, Hemy Neuman. She was sentenced to five years imprisonment. Sneiderman v. State, 336 Ga. App. 153, (2016).

Possible Defenses Against an Obstruction of Public Administration Charges

Depending on the facts and circumstances of your case, there may be some possible defenses that can lead to your case being dismissed or the charges against you reduced. In order to be convicted of an offense against public administration in the state of Georgia, the prosecution must prove all of the elements of each charge beyond a reasonable doubt.

If you have been charged with giving a false name, a possible defense would be to argue that you mistakenly or unintentionally provided the wrong information to law enforcement officers. Further, if you have been charged with making a false statement to the police or reporting a false crime, the best strategy is to negate the elements of the charge. Thus, one possible defense could be to argue that you did not knowingly or willingly make a false statement to the police. Essentially, the defense strategy is to argue that you believed the statement that you made to law enforcement officers was true. If there is no evidence to prove that you intentionally falsified information given to the police, then you cannot be convicted of the charges against you.

If you have been charged with any offense obstructing public administration, contact us today for assistance. As experienced criminal defense attorneys, we can help answer your questions and help you resolve your case. Here at Bixon Law, we represent clients in Atlanta and throughout the state of Georgia. Our lawyers are committed to helping people in difficult situations and working to get our clients the best possible outcome. We invite you to call us at 404-551-5684 for a free consultation today.