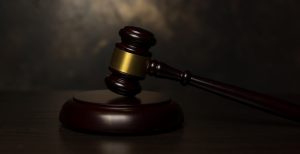 “A defendant has a constitutional right to a fair hearing and reliable determination of the voluntariness of a confession, not influenced by its truth or falsity.” Jackson v. Denno, 378 U. S. 376-377 (1964).

FACTS OF THE CASE

In June of 1960, Nathan Jackson and Nora Elliot entered a Brooklyn hotel and robbed it. As they left the hotel, the two encountered a policeman. Both men drew their guns, but it was the policeman who was fatally wounded. Jackson received two bullet wounds and was taken to the hospital. Shortly after arriving at the hospital, after losing a significant amount of blood and being drugged, Jackson was interrogated by the police. He admitted to the shooting and the robbery. Subsequently, he was indicted for murder and the statements he made to police while at the hospital under treatment were admitted at trial. “In accord with New York practice where the voluntariness of a confession is attacked, the trial court submitted that issue, with the others, to the jury. The jury was told to disregard the confession entirely if it was found involuntary, and to determine the guilt or innocence solely from other evidence; or, if it found the confession voluntary, it was to determine its truth or reliability and weigh it accordingly.”

Jackson was found guilty of first-degree murder, the New York Court of Appeals affirmed, and this Court denied certiorari. Jackson then filed a petition for a writ of habeas corpus asserting that the New York procedure for determining voluntariness of a confession was unconstitutional and that his confession was involuntary. The District Court denied the petition and the Court of Appeals affirmed. However, the United States Supreme Court reversed and remanded the case to the state courts.

In Jackson v. Denno, the Court stated, “Under the New York procedure, the trial judge must make a preliminary determination of the voluntariness of a confession and exclude it if in no circumstances could the confession be deemed voluntary. If the evidence presents a fair question as to its voluntariness, as where certain facts bearing on the issue are in dispute or where reasonable men could differ over the inferences to be drawn from the undisputed facts, the judge must admit the confession and leave to the jury, under proper instructions, the determination of its voluntary character and also of its truthfulness.” The consideration of truthfulness is not a part of the Jackson-Denno analysis for determining whether or not a defendant’s confession is voluntary.

Under the New York procedure, the Court stated that there is no way to ensure that the defendant’s rights are protected. Specifically, the right “not to be convicted through the use of a coerced confession and is therefore violative of the Due Process Clause of the Fourteenth Amendment.” Stein v. New York, 346 U. S. 156, overruled. Pp. 378 U. S. 376-391.

WHAT IS A JACKSON-DENNO HEARING?

A good and experienced criminal defense attorney will challenge all of the aforementioned and whether or not law enforcement used coercive tactics or made promises to a suspect in order to obtain his or her confession. Involuntary statements and confessions are inadmissible evidence in court and it is the prosecutor’s burden to show that law enforcement acted lawfully during the interrogation.

CONTACT BIXON LAW TODAYIf you or a loved one was coerced into confessing to a crime, confessed under distress or believe that your confession and/or statement(s) made to law enforcement was involuntary, call Bixon Law today. You need an experienced Georgia criminal defense lawyer who will defend your legal rights and vigorously advocate on your behalf to have your case dismissed or the charges against you reduced. As experienced trial attorneys, we’re also not afraid to take your case to trial if necessary. We represent clients in Atlanta and throughout the state of Georgia. We are lawyers who are committed to helping people in difficult situations and we invite you to call us at 404-551-5684 for a free consultation today.