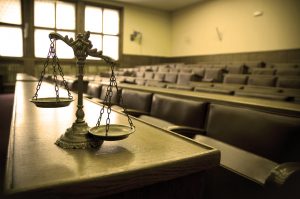 It’s been said once, twice and many times over: “One who is his own lawyer has a fool for a client.” However, no matter what the old adage says, every American citizen not only has the right to be represented by counsel, but also has the right to represent himself or herself in court. Otherwise, known as a Pro Se defendant.

Under the Sixth Amendment of the U.S. Constitution, “In all criminal prosecutions, the accused shall enjoy the right to a speedy and public trial, by an impartial jury of the state and district wherein the crime shall have been committed, which district shall have been previously ascertained by law, and to be informed of the nature and cause of the accusation; to be confronted with the witnesses against him; to have compulsory process for obtaining witnesses in his favor, and to have the assistance of counsel for his defense.” The right to counsel applies in both federal and state cases. The absence of counsel, in most cases, does affect the basic fairness of a trial. However, while as Americans we enjoy the right to counsel, we also enjoy the right to intelligently and knowingly waive our right to counsel as illustrated in the landmark U.S. Supreme Court case, Faretta v. California.

Anthony Faretta was charged with grand theft auto in the Superior Court of Los Angeles County, California. Before Faretta’s trial began, he requested to represent himself. Initially, the judge in the case entered a preliminary ruling and granted Faretta’s request. Later, however, the judge called Faretta back into Court to inquire about Faretta’s ability to represent himself. The judge questioned him about his knowledge of the hearsay rule and other court procedures. After questioning him, the judge determined that Faretta’s answers were inadequate and that he had not made an intelligent decision to waive counsel. Further, the judge ruled that Faretta had no constitutional right to his own defense. The judge rescinded his previous decision and appointed a public defender to represent Faretta. In addition, the judge denied all of Faretta’s motions to be co-counsel. Faretta was convicted and, on appeal, the California Court of Appeals affirmed the trial court judge’s ruling that Faretta had no constitutional right to represent himself. The California Supreme Court denied review.

The question in Faretta was “whether a defendant in a state criminal trial has a constitutional right to proceed without counsel when he voluntarily and intelligently elects to do so.” In other words, can a judge force a lawyer upon a defendant when the defendant wants to conduct his or her own defense.

Argued on November 19, 1974 and decided on June 30, 1975, the United States Supreme Court vacated the state court decision and remanded the case. The Court held that a defendant in a state criminal trial has the constitutional right to refuse appointed counsel and conduct the trial when he or she voluntarily and intelligently elects to do so. The Court concluded that Faretta was deprived of that constitutional right. His knowledge of the hearsay rule and court procedures was irrelevant to whether or not he voluntarily waived his right to counsel. Faretta v. California, 422 U.S. 806 (1975).

PRO SE: REPRESENTING YOURSELF IN COURT

In Latin, Pro Se means “for oneself.” It is a legal status that simply means that a defendant has chosen to represent himself or herself in court without the help of a lawyer. As mentioned, as a U.S. citizen you are guaranteed under the Constitution the right to appointed counsel and the right to represent yourself. Although not viewed as the best idea, many people make the decision to represent themselves because of monetary limitations, the complexity of a case (i.e. the legal matter may be simple enough for a person to handle on his or her own) and some individuals mistakenly believe they can do a better job than an appointed attorney. For instance, one of the most famous (or infamous) Pro Se cases is that of Ted Bundy.

Bundy, who had two years of law school, elected to proceed pro se at his trial. Later, on appeal, Bundy claimed “that the trial court failed to conduct a proper inquiry into whether he should have been allowed to represent himself during critical stages of the prosecution.” Faretta v. California, 422 U.S. 806, 95 S.Ct. 2525, 45 L.Ed.2d 562 (1975). The trial court asked Bundy if he had other counsel to represent him. Bundy replied by stating that he would proceed pro se.

The trial court permitted Bundy to proceed pro se and asked Bundy what education he had. He replied in relevant part, “I have a Bachelor of Science in Psychology from the University of Washington and two years of law school. I think, however, if the Court will read Faretta, the United States Supreme Court has said that the legal background or legal training of a defendant who wishes to represent himself is not an issue. If the man or woman wishes to represent himself or herself, understandingly, knowingly and voluntarily expresses the desire to do so, he or she may exercise that Sixth Amendment right applied to the States through the Fourteenth Amendment and so I don’t really think that an inquiry into my background, beyond my stating that I knowingly and voluntarily and understandingly take this step, is necessary.”

On June 21, 1979, Bundy withdrew his waiver of counsel and accepted Victor Africano as his attorney in the Lake City case. Africano served as Bundy’s attorney from that pre-trial point to the conclusion of the direct appeal.” Theodore Robert Bundy v. Richard L. Dugger, 850 F.2d 1402 (1988).

Further, a knowing and intelligent waiver of counsel is required from both indigent defendants and those who can afford private counsel. “[T]he right to private counsel…in all criminal prosecutions—not merely those resulting in imprisonment or a fine…whether that right to counsel has been waived is an independent and separate inquiry from whether the right to court-appointed counsel exists.” Barnes, 275 Ga. 499, 570 SE2d 277 (2002). Moreover, a request for self-representation after the commencement of a trial does not have to be honored. Thomas. v. State, 300 Ga. App. 265 SE2d 391 (2009).