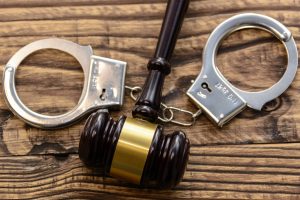 Years ago, a good friend of mine moved to New York. Within her first week there she experienced an unfortunate incident. She’d left her car in storage down South and had resigned herself to riding public transportation for her time there. She was thrilled to be in the “big” city and to experience all it had to offer. She experienced the good and, unfortunately, the bad.

On a hot summer day, she was riding the train from Harlem to Brooklyn. She had noticed that the train wasn’t packed as usual, but it was the weekend. At one of the stops, an older gentleman hopped on. He stood uncomfortably close to her. Not wanting to offend him, she didn’t move. After a few stops, the man continued to stand there. Something told her that “something” wasn’t right. She turned to face the man and when she did…she got a full view of his private area. The man had exposed himself! She screamed…a “harrowingly scream,” she remembered. At the same time, the train stopped, and the man fled—never to be seen again.

When we think of indecent exposure or public indecency, we do think about “creepy” guys like the man my friend encountered on the train in New York. It can happen anywhere, including here in Georgia and probably has numerous times. However, Georgia’s indecent exposure laws can be violated in other ways was well. Say you’re a guy out at a public event being held outside. You have to “go” really, really bad; however, all of the porta potties are occupied and the waiting lines to use them are as long as any stretch on the Beltline. You can’t hold “it” so you find a faraway spot and go. Thing is, someone saw you and notified a police officer on duty at the event. Next thing you know, you’re being arrested for public indecency for urinating in public.

Under Georgia law, O.C.G.A. §16-6-8(a), a person commits the offense of public indecency when he or she performs any of the following acts in a public place:

(1) An act of sexual intercourse;

(2) A lewd exposure of the sexual organs;

(3) A lewd appearance in a state of partial or complete nudity; or,

(4) A lewd caress or indecent fondling of the body of another person.

For the purposes of this code section only, a “public place” shall include jails and penal and correctional institutions of the state and its political subdivisions. “Public place” is defined by O.C.G.A. §16-1-3(15) as “any place where the conduct involved may reasonably be expected to be viewed by people other than members of the actor’s family or household.” Whether an act is performed in a “public place.” White v. State, 138 Ga. App. 470 (226 SE2d 296) (1976).

Just to remind you, a misdemeanor is a considered a low-level crime punishable by a fine and/or jail time up to one year. In contrast, a felony is a more serious offense that is punishable by imprisonment greater than one year and time is usually served in a prison facility as opposed to the county jail.

In Clark v. State, 169 Ga. App. 535, (1984), a police officer on a late-night routine patrol observed the appellant urinating behind a car in a shopping center parking lot. The appellant then entered the car and began driving down the street. The officer stopped him, not for erratic driving, but to arrest him for public indecency. The appellant argued that the evidence was insufficient to support his conviction of that offense. He was charged by accusation with making a lewd appearance in a state of partial nudity in a public place. The only evidence supporting this charge was the testimony of the arresting police officer. He testified that he observed appellant urinating on the ground in the shopping center parking lot, although he did not actually see appellant’s sexual organs. The Court held that the evidence supported the jury’s conclusion that, under all the circumstances, the appellant’s act was lewd. “Although the evidence as to partial nudity was circumstantial, it was sufficient, as the jury could reasonably have inferred from the police officer’s testimony that appellant was partially nude while performing the act of urination.”

DEFENSES AGAINST A PUBLIC INDECENCY OFFENSE

Lack of Intent: The offense ofpublic indecency requires an intentionalact of prohibited sexual behavior, which is the exposure of one’s private areas in public. Thus, a defense against such a charge would be to provide proof that the act you are charged with committing was unintentional or an accident. If you can do this, the charges against you are likely to be dismissed.

Didn’t Happen in A Public Place: Under the law, to be convicted of the offense of public indecency, it must be proven by the State that the accused committed the act in public. However, it must be mentioned that a person can still be charged with the offense even if they committed the alleged sexual act in his or her home if visible to the public (i.e. standing exposed in an open door or window).

If you have been charged with public indecency, give Bixon Law a call today to speak to one of our experienced Georgia criminal defense lawyers. We will vigorously defend your legal rights and advocate on your behalf to have your case dismissed or the charges against you reduced. As experienced trial attorneys, we are also not afraid to take your case to trial if necessary. We represent clients in Atlanta and throughout the state of Georgia. We are lawyers who are committed to helping people in difficult situations and we invite you to call us at 404-551-5684 for a free consultation today.