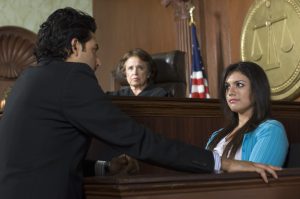 There has been a recent rash of crimes near Georgia Tech’s campus lately. Earlier this month, a woman pumping gas at the Shell gas station off of 14th Street and Northside Drive was robbed at gunpoint by four men whom are still at large. It was 6:30 p.m., still daylight outside when a Maroon Kia Optima pulled up next to the woman’s vehicle. While she filled her tank, a man crawled into the driver’s seat of her car with the intention of stealing items inside—now commonly known as a “Slider Crime” (i.e. where thieves creep into unlocked vehicles while drivers are preoccupied, mostly taking place at gas stations). When the woman confronted the man, he pulled out a gun and pointed it at her. The entire incident was captured on video surveillance. The gunman got away with the woman’s Louis Vuttion handbag, laptop, wallet and car keys. And, it’s just not near Georgia Tech’s campus where these “Slider Crimes” are occurring. According to 11 Alive, in 2017, 361 of the 466 gas stations in Fulton County reported crimes taking place, most of which were “Slider Crimes.”

A NEW TYPE OF THEFT

There are many various types of theft crimes in Georgia that can be committed in a number of different ways:

A “Slider Crime” is just a new way, in which, people have invented to commit a theft by taking (O.C.G.A. § 16-8-2). Under Georgia law, a person commits the offense of theft by taking when he unlawfully takes or, being in lawful possession thereof, unlawfully appropriates any property of another with the intention of depriving him of the property, regardless of the manner in which the property is taken or appropriated.

A CLOSER LOOK AT THE ELEMENTS OF THEFT BY TAKING

Under Georgia law, O.C.G.A. § 16-8-1, depriving a person of their property means, without justification: (1) To withhold property of another permanently or temporarily; or, (2) To dispose of the property so as to make it unlikely that the owner will recover it. Further, “property of another” includes property in which any person other than the accused has an interest but does not include property belonging to the spouse of an accused or to them jointly.

THEFT CRIMES CAN BE MISDEMEANORS OR A FELONIES IN GEORGIA

In the Court of Appeals of Georgia case, Hettrick v. State, A15A0868, A15A0869, (2015), Michael Hettrick argued that the evidence was insufficient to support his conviction for theft by taking. The Court reviewed the case in a light most favorable to the verdict, with deference to the jury’s assessment of the weight and credibility of the evidence. Viewed in that light, the Court concluded that the evidence showed brothers Michael and James Hettrick entered into an agreement with Damon Kirtland, the owner of Roof Doctor of Atlanta, LLC. The Hettrick brothers would work as Roof Doctor’s office manager/sales manager and would receive a set weekly amount of pay for that work. Michael Hettrick was authorized to sign checks on Roof Doctor’s bank account and to use a bank card tied to that account. Over the course of approximately seven months in 2009, without authorization from Kirtland, Michael Hettrick wrote numerous checks to himself and James Hettrick that exceeded the pay to which they were entitled. He also used the bank card to make several unauthorized purchases that were not for business use.

Michael Hettrick argued that there was insufficient evidence of his intent to deprive Roof Doctor of funds belonging to it. He suggested that the funds at issue were subject to a profit-sharing agreement between Kirtland and the Hettrick brothers. Where the defendant is charged with unlawfully taking property belonging to another, “the evidence must show that the requisite intent to deprive the owner of the property was present at the time of the taking.” Spray v. State, 223 Ga.App. 154, 156(1) (476 S.E.2d 878) (1996). The Court stated that there was evidence that the profit-sharing agreement did not apply to the funds involved in the challenged transactions because the business had not yet turned a profit. Further, there was evidence that Roof Doctor’s owner, Kirtland, did not authorize the challenged transactions. The jury could infer from this evidence that Michael Hettrick intended to take Roof Doctor’s funds when he engaged in the challenged transactions and thus was guilty beyond a reasonable doubt of the offense of theft by taking. Brown v. State, 302 Ga.App. 641, 643–644(1) (692 S.E.2d 9) (2010).

DEFENSES TO THEFT BY TAKING

Have you been arrested and charged with a “Slider Crime” in Georgia? If so, call Bixon Law today. You need an experienced Georgia criminal defense lawyer on your side who will defend your legal rights and vigorously advocate on your behalf to have your case dismissed or the charges against you reduced. As experienced trial attorneys, we are also not afraid to take your case to trial if necessary. We represent clients in Atlanta and throughout the state of Georgia. We are lawyers who are committed to helping people in difficult situations and we invite you to call us at 404-551-5684 for a free consultation today.