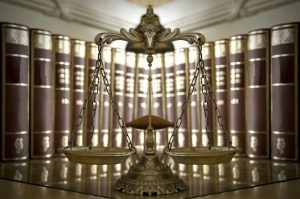 Whether it was the popular podcast Serial or Netflix’s Making a Murderer, the interest in the true crime genre has exploded and won’t be letting up anytime soon. We continue to be obsessed and entertained with crime, the criminals who commit it and their journey through the criminal justice system. True crime buffs have made Monster, Criminal, Crime Junkie, Up & Vanished, My Favorite Murder and Casefile some of the most popular true crime podcasts (which, are just a handful of the many true crime podcasts that have popped up in the last few years). Netflix just released Exhibit A, which is a true crime series that “shows how innocent people have been convicted of crimes with shaky forensic techniques, tools, touch DNA and cadaver dogs.” Prior to that, Netflix’s The Confession Tapes and Conversations with a Killer: The Ted Bundy Tapes were all the talk around the water cooler for true crime fans.

The truth is, there’s always been a huge interest in true crime from the days of Jack the Ripper in the 1880’s to the obsession with The Golden State Killer in the 1970’s to Jeffery Dhamer in the 1990’s. None of us will ever forget the news coverage of law enforcement rolling out those big bins of dismembered bodies out of Dhamer’s apartment back in 1991. Then there were shows like Unsolved Mysteries and an all-time favorite, Forensic Files.

WHAT IS EVIDENCE EXACTLY?

But, what is evidence exactly? If you’re a true crime buff and watched any of the mentioned shows or listened to any of the mentioned podcasts, then you have a pretty good idea about what courtroom evidence is. Evidence can be testimony, writings, material objects or other things offered in court to prove the existence or nonexistence of a fact. Evidence is all the information given to the jurors during a jury trial or the judge during a bench trial. Evidence does not include, however, any statements made, or questions asked by the attorneys and judge in a case. Lawyers draw upon different types of evidence to tell a story–prosecutors with the goal of getting a conviction and criminal defense attorneys of getting a not-guilty verdict.

Oral Testimony: Testimony by witnesses on the witness stand is featured in most all trials. In a trial, there can be: fact witnesses, expert witnesses and character witnesses. Fact witnesses are essentially eyewitnesses to an alleged crime; however, they may also testify to things they heard. For example, a coworker who heard the defendant admitting to another coworker that he killed his wife and buried her in the backyard of the home shared together is a fact witness. Fact witnesses testify about facts related to the case and need to have firsthand knowledge about the facts testified to. Expert witnesses use specialized knowledge to interpret evidence or explain evidence to the jury. For example, a DNA expert may be called to testify to explain what “touch DNA” is. Unlike fact witnesses, expert witnesses do not need to have firsthand knowledge of the events in a case. Sometimes, they are called to give testimony on documents they have reviewed (given to them by the prosecutor or criminal defense attorney). Lastly, there are character witnesses who offer information about the good or bad character of a party or witness in a case.

Documents: Documentary evidence encompasses any type of writing or recording of information. In a criminal case, for instance, a witness to a kidnapping may have written down the defendant’s license plate number on a piece of paper. Here, the prosecutor may try to enter the piece of paper (i.e. the document) into evidence. In our ever-changing world and with advances in technology, there is an expansive list of documents that parties can offer as evidence such as emails and social media posts.

Stipulations: If both parties in a case agree on a fact, they can stipulate that the fact is true for purposes of the litigation. To introduce a stipulation as evidence, both parties must agree to its exact language.

Judicial Notice: There are some facts that are indisputably true. Such as Atlanta is the capital of Georgia. The trial judge can take judicial notice of the fact, which must be “generally known” or “accurately and readily determined.”

Circumstantial evidence is any evidence that requires the jury to make an inference connecting the evidence with a disputed fact. Direct evidence, in contrast, requires no inferential bridge. Direct evidence directly establishes a contested fact. Here’s the perfect example, from Learning Evidence: From the Federal Rules to the Courtroom, explaining the difference in circumstantial and direct evidence:

If you have been arrested and charged with a crime, call Bixon Law today. You need an experienced Georgia criminal defense lawyer on your side who will defend your legal rights and vigorously advocate on your behalf to have your case dismissed or the charges against you reduced. As experienced trial attorneys, we are also not afraid to take your case to trial if necessary. We represent clients in Atlanta and throughout the state of Georgia. We are lawyers who are committed to helping people in difficult situations and we invite you to call us at 404-551-5684 for a free consultation today.

A CRIME OF OPPORTUNITY: CASH STORM ON I-...

If you didn’t hear about the cash storm on I-285 back in July, I am going to guess you’ve been living under the proverbial rock. It was literally raining money! Dozens of Atlanta drivers pulled over on the highway t...

Whether it was the popular podcast Serial or Netflix's Making a Murderer, the interest in the true crime genre has exploded and won't be letting up anytime soon. We continue to be obsessed and entertained...

WHAT IS A PRELIMINARY HEARING?