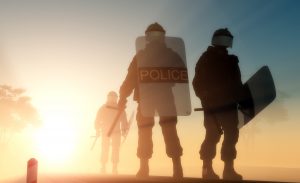 WHAT IS A SPECIFIC INTENT CRIME?

To make it simple, a specific intent crime involves two levels of intent. In order for an individual to commit a specific intent crime, she or he must: (1) have a desire to commit an intentional unlawful act; and, (2) intend for that unlawful act to achieve a specific result. For example, take the Henry County case of Christy Sims whose former boyfriend deliberately threw industrial strength drain cleaner onto her face intending to disfigure her. Sims survived the attack but was left permanently disfigured and suffered third and fourth-degree burns on her face and upper body. Her ex-boyfriend, Andrew Fordham, was charged and convicted with one count aggravated assault and counts aggravated battery.

Some Specific Intent Crimes Include:

WHAT IS A GENERAL INTENT CRIME?

Some General Intent Crimes Include:

WHAT DOES THE PROSECUTION HAVE TO PROVE?

If you or a loved one has been charged with any crime, call Bixon Law today. You need an experienced Georgia criminal defense lawyer who will defend your legal rights and vigorously advocate on your behalf to have your case dismissed or the charges against you reduced. As experienced trial attorneys, we are also not afraid to take your case to trial if necessary. We represent clients in Atlanta and throughout the state of Georgia. We are lawyers who are committed to helping people in difficult situations and we invite you to call us at 404-551-5684 for a free consultation today.