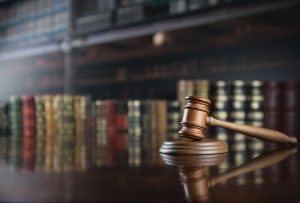 You are facing a robbery conviction and you have questions. First, you are wondering if you can be charged with robbery if you didn’t use a weapon? Second, all you did was snatch the woman’s purse and ran. How can you be charged with robbery without using any force or making any threats? Third, you want to know how long of a prison term a robbery conviction carries? Is it a felony or a misdemeanor? You have asked and our experienced criminal defense lawyers at Bixon Law are here to answer your questions.

Under Georgia law, O.C.G.A. § 16-8-40, a person commits the offense of robbery when, with intent to commit theft, he takes property of another from the person or the immediate presence of another:

(2) By intimidation, by the use of threat or coercion, or by placing such person in fear of immediate serious bodily injury to himself or to another; or,

Penalty for Robbery in Georgia

What if the Person You Robbed Was Elderly?

Robbing an elderly person will increase the penalty for robbery. In fact, under the statute, any person who commits the offense of robbery against a person who is 65 years of age or older shall, upon conviction thereof, be punished by imprisonment for not less than five nor more than 20 years.

In Perkins v. State, 256 Ga. App. 449, 568 S.E.2d 601 (2002), Talmadge Perkins was convicted of robbery by sudden snatching. In July of 2001, Perkins and co-defendant Ricky Williams went to the victim’s home and asked to use her telephone. The victim let them inside and walked into the kitchen, leaving them in the living room. They defendants grabbed her purse from the living room and ran from the house. On appeal, Perkins claimed that he could not be guilty of robbery by sudden snatching because the purse was not taken from the victim’s “immediate presence.”

Under O.C.G.A. § 16-8-40(a)(3), a person commits this offense when, with intent to commit theft, he takes property of another from a person or the immediate presence of another by sudden snatching. “[O]ne’s immediate presence extends fairly far, and robbery convictions will generally be upheld, even if the object taken was out of the physical presence of the victim, if the object was under his control or his responsibility and if the victim was not too far distant.” Bryant v. State, 213 Ga. App. 301, 302, 444 S.E.2d 391 (1994). Within this definition, the Court said that a person may be deemed to protect all of his property “within a distance, not easily defined, over which the influence of the personal presence extends.”

In this case, the evidence showed that the purse was in the living room of the small, compact mobile home, which was approximately 12 feet wide. An investigator who responded to the incident stated that, according to what the victim told him immediately after the crime, she was less than six feet from the purse when it was taken. The Court found that the evidence presented was sufficient enough to authorize a rational trier of fact to find that the purse was within the victim’s immediate presence when it was stolen. The Court affirmed Perkins’ conviction.

Possible Defenses to a Robbery Charge in Georgia

As with any criminal charge, your future is at stake. Here at Bixon Law, we’ll assist you in strategizing the best possible defense in your case depending on the facts and circumstances involved. In a robbery case, there are some possible defenses:

Actual Innocence & Alibi Witnesses: If you didn’t commit the crime, you can claim actual innocence and present evidence that you were somewhere else when the crime was committed through alibi witnesses.

No Intent to Commit the Crime: Georgia law of robbery requires that the accused have the “intent to commit theft.” Thus, the prosecution must prove that the accused intended to take the property of another. If you took another’s property believing that it was truly yours then you cannot be convicted of robbery.

The Taking Was Justified: Taking property that belongs to you can be a possible defense to a robbery charge. You must provide evidence that you are legally entitled to possess the property or show good faith that you believed you were entitled to it.

If you have been charged with or are being investigated for robbery in Georgia, call Bixon Law today. You need an experienced Georgia criminal defense lawyer who will defend your legal rights and vigorously advocate on your behalf to have your case dismissed or the charges against you reduced. We represent clients in Atlanta and throughout the state of Georgia. And, we are lawyers who are committed to helping people in difficult situations. We invite you to call us at 404-551-5684 for a free consultation today.