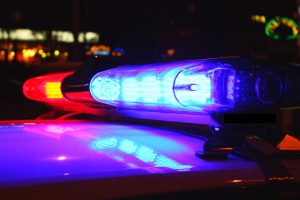 What may have once seemed an obvious distinction, a peaceful protest from a riot, is now clouded by the times.

A protest is generally considered to be citizens voicing their opinion about something they disagree with in hopes of being heard, considered seriously, and ultimately inciting change. The ability to express disagreement with policies of our government is an important freedom we have, and has led to essential changes in our country. The freedom to peacefully assemble and address grievances is one of the fundamental distinctions between our democratic republic and a dictatorship.

Riots, in contrast, are criminal gatherings that are associated with violence, destruction, fear, and danger. A riot is less of a statement of objection and a plea for discussion, and more akin to a demand for change via coercion. Where peaceful protests promote change with little to no harmful effects on society, riots lead to security and safety concerns and destruction of the community.

So why do two things so drastically different often get blurred together?

In today’s climate, “protest” and “riot” are often used nearly interchangeably- the determination of which word is selected to describe an event often comes to an individual’s opinion on the validity and merit of the matter being opposed. The law, however, formally lays out language and specific parameters for the term “riot” and what specific actions turn a demonstration into a criminal act.

Under Georgia law O.C.G.A §16-11-30, Any two or more persons who shall do an unlawful act of violence or any other act in a violent and tumultuous manner commit the offense of riot.

Furthermore, under Georgia law O.C.G.A §16-11-31, a person who with intent to riot does an act or engages in conduct which urges, counsels, or advises others to riot, at a time and place and under circumstances which produce a clear and present danger of a riot, commits the offense of inciting to riot.

Any person who violates either of these Code sections is guilty of a misdemeanor.

A “peaceful protest”, however, is the colloquial term used for acts protected by the First Amendment of the U.S. Constitution, whose language reads “Congress shall make no law respecting an establishment of religion, or prohibiting the free exercise thereof; or abridging the freedom of speech, or of the press; or the right of the people peaceably to assemble, and to petition the Government for a redress of grievances.”

The key difference between the two terms comes down to two very specific and oppositional words within their respective definitions: peaceful and violent.

It should be noted that this code is not centered around the intention of an individual, but rather is centered around the actions that result from a gathering of multiple individuals. What this means is that an individual who joins a peaceful protest, has peaceful intentions, and only acts in a peaceful manner may still be culpable for a criminal riot violation if other members of the protest turn to violence or destruction of property, and the peaceful individual remains in the vicinity. This is demonstrated by the case of Carmichael v. Allen, 267 F.Supp. 985 (N.D. Ga. 1967), which we will explore next.

In the case of Carmichael v. Allen, 267 F.Supp. 985 (N.D. Ga. 1967), a protest was organized by the Students Nonviolent Coordinating Committee (SNCC) around a police shooting of an African American fleeing from police officers. The Chairman, Stokely Carmichael, organized for SNCC member William Ware to pick up a sound truck and park it on the street near the corner in Vince City.

There, over the loudspeaking system of the sound truck, Ware called for people to come and state what they had seen or what they knew about the shooting. One or two persons came and spoke over the loudspeaker, telling of their impressions of the occurrence. Their statements were considered inflammatory by surrounding police officers. Thereupon, Sergeant Perry, of the Atlanta Police Force, directed Ware to remove the truck from the street, and upon his failure to do so he placed Ware under arrest, charging him with unauthorized use of sound equipment on a public street. Ware was taken to the patrol wagon without resistance, but another member of SNCC, Bobby Walton, took the microphone in an effort to continue the program. He, too, was then arrested and placed in the patrol wagon with Ware.

Until this point, there was no violence or destruction within the demonstration.

Once Ware and Walton were arrested, however, the crowd stirred up additional excitement and resentment, resulting in the first physical interference with the work of the police. The crowd, increasing momentarily, loudly and boisterously, surged forward and shook the patrol wagon from side to side. However, the police were able to move the wagon away, after some difficulty. In doing so, the patrol wagon, which was driven by a white police officer, struck a pregnant Negro woman. Thereupon, the crowd became further incensed and boisterous and numbers of them began to throw rocks and bottles at the police and the patrol wagon.

SNCC Chairman Carmichael returned to the scene upon hearing of the arrest of Ware and Walton, and the scene continued to escalate. The turmoil continued for hours. The mayor soon arrived and stood on top of a police car to address the crowd and plead for peace. Members of the demonstration rocked the car, eventually toppling the mayor who did not sustain any serious injuries. Several officers were struck by rocks, others were knocked down, and, following the discharge of the gas canisters, some thirty to forty members of the demonstration were injured or sickened and required emergency hospital treatment.

Over the next few days, warrants for the arrest of fourteen persons, including 4 or 5 members of SNCC, and including others who were not members, were issued. Those named were arrested and, after commitment hearings were had at the Atlanta Police Court, these fourteen were bound over to the Fulton County Grand Jury under a charge of “Riot.” Although Carmichael did not commit any acts of violence or destruction himself, he did knowingly return to the scene after it had escalated to a riot by way of violence and destruction and continued to actively participate in the demonstration, and was accordingly given a charge of “Riot”.

The defendants appealed the ruling, stating that the language was so vaguely and broadly written that it may be construed to violate the First Amendment Rights of the US Constitution. Ultimately, the ruling was upheld, with the opinion that “The acts charged in the indictments before the court, regardless of whether these indictments ultimately result in conviction or acquittal, describe ‘hard core’ conduct that would obviously be prohibited under a limiting construction of the riot statute, should one hereafter be made by the Georgia courts.”

This did, however, open the door for conversations surrounding a revision of the language of codes relevant to demonstrations. In 2017, two bills were introduced that would expand limitations on assemblies.

The “Back the Badge” bill (SB 160) included heightened penalties for intentionally or recklessly blocking “any highway, street, sidewalk, or other passage.” Accordingly, protesters and demonstrators peacefully obstructing a public sidewalk could have been charged with a misdemeanor of a high and aggravated nature, which under Georgia law is subject to up to a $5,000 fine or up to one year in jail. These provisions were removed, however, in the version of the bill approved by the House of Representatives and sent to the Governor on April 10th, 2017.

SB1 Would have broadened the definition of “domestic terrorism” under Georgia law to potentially include demonstrations, boycotts, and other forms of protest and political expression. Under the bill, the previously high bar for committing domestic terrorism – harm caused to a group of 10 or more individuals – is lowered to include causing harm to at least one individual or disabling “critical infrastructure.” It failed, however, in the House on March 28th, 2017.

Today, the language of a Riot charge remains the same as it was in the above 1967 Carmichael case.

If you have been charged with a riot charge, give Bixon Law a call today to speak to one of our experienced Georgia criminal defense lawyers. We will vigorously defend your legal rights and advocate on your behalf to have your case dismissed or the charges against you reduced. As experienced trial attorneys, we are also not afraid to take your case to trial if necessary. We represent clients in Atlanta and throughout the state of Georgia. We are lawyers who are committed to helping people in difficult situations, and we invite you to call us at (404) 551-5684 for a free consultation today.

When it comes to drug crimes, Georgia uses a three-tiered approach, with escalating punishments: Drug Possession, Drug Possession with Intent to Distribute, and Drug Trafficking. Drug trafficking is the most serious...

Can a misdemeanor amount of marijuana be...

If you smoke weed, it’s common knowledge that possession of marijuana is a misdemeanor when the amount of the drug is under one ounce. Technically this is true, but if it’s the guideline you go by, you can still end...