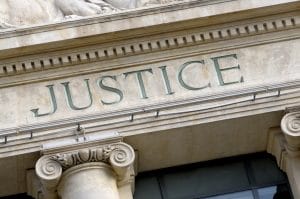 Here at Bixon Law we understand that being charged with a sex crime comes with negative connotations in the public eye and harsh punishments if convicted. We also know that people can be and have been falsely accused and wrongfully convicted of sex crimes despite many people unwilling to believe so because of the horrific nature of such crimes.

If you have been charged with a sex crime in Georgia, you need experienced attorneys on your side to put up the best possible defense on your behalf. But, first, let’s explore the differences between the offenses of sexual battery and aggravated sexual battery.

Under Georgia law, O.C.G.A. §16-6-22.1(b), a person commits the offense of sexual battery when he or she intentionally makes physical contact with the intimate parts of the body of another person without the consent of that person. For the purposes of this code section, the term “intimate parts” means the primary genital area, anus, groin, inner thighs, or buttocks of a male or female and the breasts of a female.

Under Georgia law, O.C.G.A. §16-6-22.2(b), a person commits the offense of aggravated sexual battery when he or she intentionally penetrates with a foreign object the sexual organ or anus of another person without the consent of that person. For the purposes of this code section, the term “foreign object” means any article or instrument other than the sexual organ of a person. “[A] finger constitutes a `foreign object’ for purposes of this crime.” Johnson v. State, 276 Ga. 57, 58 (1), 573 S.E.2d 362 (2002).

A person convicted of the offense of aggravated sexual battery shall be punished by imprisonment for life or by a split sentence that is a term of imprisonment for not less than 25 years and not exceeding life imprisonment, followed by probation for life. Any person convicted for an aggravated sexual battery offense will also be required to register as a sex offender and will appear in both the Georgia public sexual offender database and the national sexual offender database.

Lack of Evidence/Alibi: A conviction of an aggravated sexual battery charge requires proof beyond a reasonable doubt that the accused committed the crime. If the State does not have adequate evidence to prove that the accused committed the crime, then he or she cannot be convicted of such an offense. Thus, if a person is claiming innocence and can provide an alibi to his or her whereabouts at the time the alleged crime was committed, such proof could result in the charges against him or her being dismissed.

Intent: The statute requires, for the offense of aggravated sexual battery, that the penetration be intentional. If the accused can provide any evidence that the wrongful conduct was not intentional or an accident, then the charges against him or her could possibly be dropped.

If you have been charged with aggravated sexual battery or sexual battery, give Bixon Law a call today to speak to one of our experienced Georgia criminal defense lawyer. We will vigorously defend your legal rights and advocate on your behalf to have your case dismissed or the charges against you reduced. As experienced trial attorneys, we are also not afraid to take your case to trial if necessary. We represent clients in Atlanta and throughout the state of Georgia. We are lawyers who are committed to helping people in difficult situations and we invite you to call us at 404-551-5684 for a free consultation today.