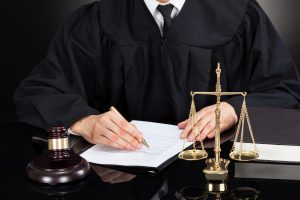 While many cases involving juveniles are handled by the Juvenile Court system, there are some that are transferred to Superior Court where a child under the age of 17 can be tried as an adult. If you visit the Georgia Department of Corrections website, you can view the profiles of juveniles (both males and females) sentenced as adults and who are/were incarcerated in the Georgia prison system year after year.

Under O.C.G.A. § 15-11-560, the Superior Court shall have exclusive original jurisdiction over the trial of any child 13 to 17 years of age who is alleged to have committed any of the following offenses:

Historically, these offenses have been known as the “Seven Deadly Sins.” However, after the passage of the S.B. 160 in 2018, the offenses were amended to include the latter two offenses.

Excluding the aforementioned offenses, the Juvenile Court shall have concurrent jurisdiction with the Superior Court over a child who is alleged to have committed a delinquent act which would be considered a crime if tried in a Superior Court and for which an adult may be punished by loss of life, imprisonment for life without possibility of parole, or confinement for life in a penal institution. O.C.G.A. § 15-11-560(a).

Discretionary Transfer of a Juvenile Case to Superior Court

After a petition alleging delinquency has been filed but before the adjudication hearing, on its own motion or on a motion by a prosecuting attorney, the Juvenile Court may convene a hearing to determine whether to transfer the offense to the appropriate Superior Court for criminal trial if the Court determines that:

(1) There is probable cause to believe that a child committed the alleged offense;

(2) Such child is not committable to an institution for the developmentally disabled or mentally ill; and

(3) The petition alleges that such child:

(A) Was at least 15 years of age at the time of the commission of the offense and committed an act which would be a felony if committed by an adult; or

(B) Was 13 or 14 years of age and either committed an act for which the punishment is loss of life or confinement for life in a penal institution or committed aggravated battery resulting in serious bodily injury to a victim.

(b) At least three days prior to the scheduled transfer hearing, written notice shall be given to a child and his or her parent, guardian, or legal custodian. The notice shall contain a statement that the purpose of the hearing is to determine whether such child is to be tried in the juvenile court or transferred for trial as an adult in superior court. A child may request and the court shall grant a continuance to prepare for the transfer hearing.

(c) After consideration of a probation report, risk assessment, and any other evidence the court deems relevant, including any evidence offered by a child, the court may determine that because of the seriousness of the offense or such child’s prior record, the welfare of the community requires that criminal proceedings against such child be instituted.

(d) No child, either before or after reaching 17 years of age, shall be prosecuted in superior court for an offense committed before the child turned 17, unless the case has been transferred as provided in this part. In addition, no child shall be subject to criminal prosecution at any time for an offense arising out of a criminal transaction for which the juvenile court retained jurisdiction in its transfer order. O.C.G.A. § 15-11-561.

The District Attorney Can Decline Prosecution of a Juvenile

At any time before indictment, the district attorney may (after investigation and for cause) decline prosecution in the Superior Court of a child 13 to 17 years of age alleged to have committed an offense specified in the statute (above). Upon declining such prosecution in the Superior Court, the district attorney shall cause a petition to be filed in the appropriate Juvenile Court for adjudication within 72 hours if the child is in detention or 30 days if the child is not in detention. The transfer of the case from Superior Court to Juvenile Court shall constitute notice to such child that such case is subject to the Class A designated felony act provisions.

The superior court may transfer any case involving a child 13 to 17 years of age alleged to have committed any offense enumerated in subsection (b) of O.C.G.A. § 15-11-560 and convicted of a lesser included offense not included in subsection (b) to the Juvenile Court of the county of such child’s residence for disposition. Upon such a transfer by the Superior Court, jurisdiction shall vest in the Juvenile Court and jurisdiction of the Superior Court shall terminate.

Within 30 days of any proceeding in which a child 13 to 17 years of age is convicted of certain offenses over which the superior court has original jurisdiction or adjudicated as a delinquent child on the basis of conduct which if committed by an adult would constitute such offenses, the Superior Court shall provide written notice to the school superintendent or his or her designee of the school in which such child is enrolled or, if the information is known, of the school in which such child plans to be enrolled at a future date. Such notice shall include the specific criminal offense that such child committed. The local school system to which such child is assigned may request further information from the court’s file.

Has your child’s case been transferred from Juvenile Court to a Georgia Superior Court? If so, it is imperative that you contact an experienced Georgia Juvenile Court Attorney immediately. The firm of Bixon Law will vigorously defend the legal rights of your child and advocate on his or her behalf to keep your child’s case in Juvenile Court. We represent clients in Atlanta and throughout the state of Georgia and are committed to helping people in difficult situations. We’re always working to get our clients the best possible outcome. We invite you to call us at 404-551-5684 for a free consultation today.