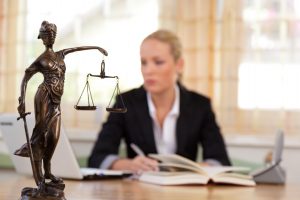 The Federal Rules of Evidence govern the admission of evidence in the federal court system. While each state has its own rules of evidence, they are similar—if not the same—as the federal rules. The first hurdle to get over in regards to the admissibility of evidence is determining its relevance to the matter at hand. As a general rule, relevant evidence is admissible in the court of law and irrelevant evidence will be determined to be inadmissible. Rule 401 outlines the test for relevant evidence: Evidence is relevant if: (a) it has any tendency to make a fact more or less probable than it would be without the evidence; and, (b) the fact is of consequence in determining the action.

However, despite a judge determining that a piece of evidence is relevant, the evidence can still be excluded if it is determined that such evidence is unfairly or dangerously prejudicial to the defendant, confusing or misleading to jurors or for other reasons such as presenting the evidence is a waste of time, unduly delayed or needlessly cumulative. That’s where Rule 403 of The Federal Rules of Evidence come into play. That’s why if you’re an individual facing criminal charges, it’s imperative that you retain an attorney who has a comprehensive understanding of the evidence rules to challenge relevant evidence that may indeed by inadmissible.

When the government decides to prosecute a person in criminal court, it is the government’s burden to prove the defendant’s guilt beyond a reasonable doubt. Prosecutors do this by presenting evidence and the defendant’s future usually lies in the strength and admissibility of such evidence. Simply put, evidence is used to prove or disprove facts in a case at trial. Evidence can include witness testimony, video footage, documents, photos, scientific evidence, etc. The evidence is presented to the finder of fact (a jury in a jury trial and a judge at in a bench trial) in order for a determination of guilt or innocence to be made.

WHAT ARE TYPES OF EVIDENCE?

Evidence can presented in legal proceedings in many forms, including:

Rule 403 states that “the court may exclude relevant evidence if its probative value is substantially outweighed by a danger of one or more of the following: unfair prejudice, confusing the issues, misleading the jury, undue delay, wasting time, or needlessly presenting cumulative evidence.”

It is also at the judge’s discretion to determine if the evidence is prejudicial. For the most part, prejudicial evidence is evidence that arouses the emotions of the jury such as sympathy, bias, or hostility, thereby interfering with their ability to reach an impartial verdict. Evidence is prejudicial if such emotion unfairly impacts the fact finder. There are some cases that are simply emotional and, thus, the impact on the fact finder is considered fair. For example, cases involving children such as child molestation or child abuse are “emotional” cases. However, introducing evidence of abuse to a child in robbery case would be emotionally unfair and, therefore, prejudicial.

Essentially, Rule 403 is a balancing test of the probative value of evidence against the harm likely to result from its admission into court. For example, gruesome photographs in a murder case are not usually considered prejudicial as they show the victim’s injuries, the crime scene, blood splatter and other evidence. However, an argument can be made that showing gruesome photographs, in which, the victim’s injuries do not go to proving the offense that the defendant is accused of can be considered prejudicial and also, irrelevant. For example, in the Minnesota case, State v. Bischert, “the Bischerts were tried and convicted for manslaughter of their five-month old child. The cause of death was proved by expert testimony to be starvation. During the trial several black-and-white photographs and one colored picture were shown to the jury on a screen in the darkened courtroom. The pictures portrayed ‘ghastly and gruesome looking sores or scars,’ alleged to have been caused by dermatitis burns which in no way went to the proof of starvation. [The] pathologist in the case was able to testify as to the starvation of the child without use of photographs. The question of providing medical care was not in issue. Therefore, the photographs were neither relevant, nor material, to the issues before the court.” Montana Law Review, Vol. 30 [1968], Iss. 2, Art. 10.

In the Georgia case, King v. The State, Jeffrey King appealed the denial of his motion for a new trial after a jury convicted him of one count of driving under the influence (“DUI”) to the extent that it was less safe to drive. King argued that the trial court erred in admitting evidence of his statement to police that he had a prior DUI because its probative value was substantially outweighed by its unfair prejudice.

On November 29, 2014, an officer with the Henry County Police Department observed a Jeep Grand Cherokee pulled off the road with its flashers on and its hood up. When the officer stopped to offer help, he encountered King, who was standing on the passenger side of the vehicle. King told the officer that he had pulled over because he needed to add antifreeze to his car. The officer observed that King was “a little bit unsteady” on his feet, his speech was “rather slurred,” and he smelled strongly of alcohol. King admitted to the officer that he had had a drink “a while ago.” King then granted the officer permission to search his car, and during that search, the officer found an unopened 24-ounce can of beer. The officer then read King the warning, during which King stated that he was familiar with the implied consent warning because he had a prior DUI.

The Court of Appeals of Georgia concluded that “King’s admission to a prior DUI had a strong logical connection to his commission of the DUI charged in this case, and that evidence added significantly to the otherwise circumstantial evidence that he actually had been driving while intoxicated. Thus, as the trial court explained in its order, the State needed this evidence to support its case and to counter King’s defense. Although evidence of the statement was prejudicial ‘as almost all evidence presented by the State will be,’ we agree with the trial court that any such prejudice did not outweigh the probative nature of the evidence in this case.” King v. The State, A16A1144 (2016).

CONTACT BIXON LAW TODAYHave you been arrested and charged with a crime in Georgia? If so, call Bixon Law today. You need an experienced Georgia criminal defense lawyer on your side who will defend your legal rights and vigorously advocate on your behalf to have your case dismissed or the charges against you reduced. As experienced trial attorneys, we are also not afraid to take your case to trial if necessary. We represent clients in Atlanta and throughout the state of Georgia. We are lawyers who are committed to helping people in difficult situations and we invite you to call us at 404-551-5684 for a free consultation today.