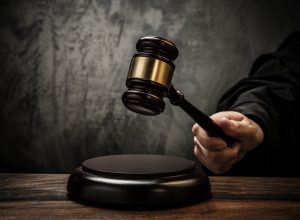 Most accused only knew of two ways to deal with indictments filed in the courts by the prosecution: admission or denial. Accused can admit committing the crime and plead guilty or deny the accusation and defend themself rigorously. There are however other options available to the accused. These options are often discussed during the initial stages of criminal prosecution process. It is not unusual however that these options are open for the accused to take even during the trial in chief, that is, even after some prosecution witnesses or evidence were already presented to the jury. These options include pleading guilty to a lesser offense, pleading guilty to other charges in exchange of dropping other related charges, pleading guilty to a criminal charge with an agreement that penalties will not be imposed to the maximum (such as shorter time to serve sentence behind bars), and pleading nolo contendere.

Prosecutors often negotiate because of several reasons. The prosecution often considers the amount of time needed to prepare for trial and collecting evidence, the financial resources available at the disposal of the government, and the credibility and reputation as well as the mental and emotional capacity of the witnesses to be presented. The damages that a private complainant or the victim of the crime suffered are also considered because, oftentimes, when private complainants or victims of crime received “appropriate” compensation for the damages they suffered, they loss interest in pursuing the case and they become hesitant in testifying before the court.

Some crimes are not worth pursuing especially when resulting damages or injuries involved are very minimal. Some people consider prosecution of certain crimes to be a waste of valuable government resources and tax dollars. This is why prosecutors sometimes recommend pursuing civil action instead of criminal prosecution.

Not popular among accused is what is called an Alford plea where the accused pleads guilty but still asserts their innocence.

Alford pleas originated from the United State Supreme Court decision entitled North Carolina v Alford, 400 U.S.25 (1970). In this case, the accused, Alford, was originally charged with murder. Despite his assertion that he did not commit murder, he ended up entering a guilty plea to a reduced charge of second degree murder as suggested by his lawyer. Alford’s lawyer recommended taking a guilty plea because in his assessment of evidence in the possession of the prosecution, the jury will more likely than not convict Alford. In order to prevent the jury from hearing overwhelming evidence, Alford’s lawyer suggested that it is better if Alford avoid trial at all. Moreover, by taking a guilty plea to a lesser offense of second degree murder, Alford could avoid the risk of being subjected to the harsher penalty of a longer prison term. Alford pleaded guilty but he subsequently appealed his conviction asking the higher courts to invalidate his plea because he claimed that he made his guilty plea involuntarily and that his primary motivation is to avoid the death penalty. The main issue before the United States Supreme Court was whether an accused can plead guilty while claiming innocence. The Supreme Court answered in the affirmative stating that the main factor in considering validity of plea is whether accused voluntarily, knowingly, and intelligently consents to the imposition of a prison sentence despite his unwillingness to admit commission of the crime he is charged with.

Not all State follow or adopt the Alford decision of the US Supreme Court. Some judges do not accept Alford pleas because for them rehabilitation of the accused is not possible if accused doesn’t admit guilt and responsibility of his criminal action. The States of Indiana, Michigan and New Jersey do not allow Alford pleas. In Georgia, an Alford plea can be considered during plea bargaining.

There are two major requirements needed for Alford plea: 1) The plea must be entered knowingly, intelligently, and voluntarily, and 2) The judge must be satisfied that there is a factual basis for the plea.

Trial judges must ensure that accused understand the rights that he is relinquishing when pleading guilty. These basic rights include the right to be presumed innocent until proven guilty and the right to remain silent. Trial judges determine whether the accused understands his rights and is willing to waive or relinquish such rights, whether the accused understands the nature of the crime charge, whether the plea is made voluntarily or freely without undue influence from anyone including the prosecution, whether accused actually did or did not committed the offense, and whether accused knows of the consequences of an Alford plea.

The trial court judge may inquire about the circumstance of the plea directly from the accused. The accused may voluntarily concede that the prosecution can prove its case beyond reasonable doubt without admitting that he committed the crime. The defendant can declare that he read and understand the reports and statements of the prosecution witnesses and experts and that he believes that the contents thereto can convince a reasonable jury to convict him. The accused can state that he doesn’t want to take that risk of being brought to trial by jury which would likely find him guilty after considering the evidence in the hands of the prosecution. Accused can state that it would be for his best interest to plead guilty to a lesser crime offered by the prosecution than take the risk of being meted with a harsher penalty in the form of longer prison sentence if found guilty by the jury.

The court must declare during sentencing that it finds factual basis (from evidence presented or considered) to support a guilty plea despite accused’s claim of innocence. The judge must be convinced that there is a good chance the accused will be found guilty by the jury if the all the evidence in the possession of the prosecution are considered.

Alford plea is different from nolo contendere or a “no contest” plea. A nolo contendere plea happens when accused does not expressly admit his guilt but nonetheless waives his right to a trial and authorizes the court to treat him as if he were guilty. Alford plea on the other hand is done by expressly admitting guilt. The accused who plead guilty by Alford plea is treated as one who has been tried and convicted by a trial jury. The accused by its Alford plea admits the presence and commission of all the elements of the crime charged. Alford plea can be considered as evidence of recidivism (repeat offender) and can be used to aggravate a crime or increase sentence in a subsequent charge. Alford pleas can be used to impeach the accused in court proceedings. The criminal act that the accused pleaded guilty to may be used as prior bad act or similar transaction evidence. Alford plea can likewise be taken into consideration when applying for parole. Oftentimes, parole board members deny applications for parole because the accused does not admit responsibility to what he pleaded for. Also, the accused cannot deny his conviction by reason of Alford plea when asked about prior convictions in his application for employment.

The second difference between nolo contendere and Alford plea is the effect they have on subsequent or related civil case. Nolo contendere pleas are prohibited from being admitted in subsequent civil case. O.C.G.A. 17-7-95(c). Alford pleas however can be admitted into evidence in subsequent civil case because they are equated to guilty pleas. As held in Blohm v. Commissioner of Internal Revenue, 994 F. 2d 1542 at 1554(11th Cir. 1993), the collateral consequence stemming from a guilty plea remain the same whether or not accompanied by an assertion of innocence.

The latest case discussing the effect of Alford Plea in civil cases is Fuller v. Mercury Insurance Company of Georgia, Civil Action File No. 1: 13-CV-1914-TWT (N.D. Ga. Jan. 27, 2017). The Fuller case is an action to recover on a homeowner’s insurance policy. Fuller’s property insured by Mercury Insurance was damaged by fire. Fuller submitted a claim to Mercury under the policy. Upon investigation, it was found out that the fire that damaged the property was intentionally caused by Fuller or someone else at her direction. Fuller was indicted in the Superior Court of Cobb County and she pleaded guilty under North Carolina v. Alford (Alford Plea) to insurance fraud. Mercury denies the claim stating that Fuller’s Alford plea in the criminal case against her is a prima facie evidence that she intentionally set the fire which damaged her home thereby cancelling her policy under either intentional loss or concealment or fraud provisions of the policy. Fuller on the other hand argues that because she did not admit to the facts underlying her guilty plea, her Alford plea is not conclusive evidence of her intent. The issue is whether Fuller’s Alford Plea is conclusive evidence of guilt. The Northern District of Georgia ruled that because Fuller did not alleged that her Alford plea was defective for lack of a sufficient factual basis, her Alford plea is a prima facie evidence of her intentional act that would cancel her insurance contract. The Court stated that Fuller failed to rebut this prima facie evidence in a meaningful way and thus her fraudulent conduct cancels the insurance policy. Mercury is not required to cover Fuller’s claim.

The Important Art of Dealing

If you or someone you know are accused of a crime and considering negotiating a plea deal with the prosecution, do not hesitate to call Bixonlaw at 404-551-5684.