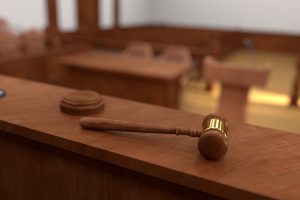 If you smoke weed, it’s common knowledge that possession of marijuana is a misdemeanor when the amount of the drug is under one ounce. Technically this is true, but if it’s the guideline you go by, you can still end up with a drug-related felony. Georgia drug laws are complex, broad, and come with severe punishments. They’re written in a way that makes it extremely easy for a minor drug crime to escalate into a major drug crime with very few requirements. The criteria for “intent to distribute” is not hard to meet, and officers are not afraid to escalate drug charges.

Possession vs. Possession with Intent to Distribute

Under Georgia law O.C.G.A. §16-13-30(j)(1), “it is unlawful for any person to manufacture, deliver, distribute, dispense, administer, sell, or possess with intent to distribute marijuana.” There is nothing beyond that- it’s up to the prosecutor and the criminal defense attorney to put together an interpretation, and up to the judge and jury to decide what it means to them. Because of this, the definition of “intent to distribute” can basically change case-by-case.

There is no strict definition of “intent to distribute marijuana” within Georgia’s law. Some unofficial rules were established in Parris v. State, 487 S.E.2d 690 though, in which the judge ruled “Where no additional evidence of intent to distribute is offered, such as scales, drug paraphernalia, large amounts of cash, division of drugs into individual packages, or a prior conviction of possession with intent to distribute, the expert testimony is critical, and the conviction cannot be sustained without it.”

This means two things: 1) a conviction for intent to distribute drugs can be sustained just by an expert testimony, and 2) having anything that could hypothetically (whether true or wrongfully accused) be used to distribute drugs is enough for a felony drug conviction. While scales and pre-packaging may seem to be commonsense signs of drug distribution, it’s important to note that “large amounts of money” alone can be enough. It’s also important to keep in mind that “large” is entirely open to interpretation as well- this means that if you have one gram of marijuana on your person for personal use but also have a few $20 bills in your wallet, a jury could find you guilty based off their interpretation of the Parris ruling.

Possession with Intent comes can come with a prison sentence. O.C.G.A. §16-13-30(j)(2) states that anyone violating O.C.G.A. §16-13-30(j)(1) “shall be guilty of a felony and, upon conviction thereof, shall be punished by imprisonment for not less than one year nor more than ten years.” This charge is eligible for probation, but it’s also important to try to cast doubt on any circumstantial evidence and reduce this charge to the lesser possession misdemeanor charge in hopes of getting a conditional discharge.

If this is your first drug charge and you have no prior drug convictions, your options could include: 1) Conditional Discharge, or 2) First Offenders.

Under O.C.G.A. § 16-13-2’s “Conditional Discharge”, whenever somebody hasn’t been convicted of any statute relating to drugs is found guilty of basic possession (not with intent to distribute) of a drug, then they can be placed on probation and given reasonable requirements to complete, and once they have completed everything, the court shall discharge the person and dismiss the proceedings against them. The conviction will then be restricted.

Under O.C.G.A. § 42-8-60’s “First Offender’s Act”, any person who has not previously been convicted of any felony (drug related or not) can be given probation or a period of confinement, and exonerated of guilt as soon as the defendant completes the terms of his or her probation, or is released from confinement and parole. This can only be taken advantage of one time.

In Ryan v. State, in 2006, Deputy Brian Dyer saw defendant Frank Ryan at a gas station. He knew that Ryan’s drivers license was suspended, so when Ryan pulled out he tailed him. Dyer tried to pull Ryan over, but Ryan sped away. A car chase ensued for about 2 miles, with both Ryan and Dyer driving 85mph in a 55mph zone. Ryan tried to pull into driveway and hide behind a house, but Dyer saw him pull in. Dyer noticed Ryan drop a black bag, and run back to grab it before running into the woods. Dyer got out of his car and started following Ryan on foot, and found him hiding behind a shed and arrested him.

Inside the bag, they found a firearm with ammo, plastic bags, lighter torches, a pocket knife, a digital scale with residue on it, a marijuana bowl, a plant resembling a drug (later described as about 2 grams of marijuana), and a crack pipe with residue. (While this looks damning, we have won many cases against paraphernalia with the defenses found here, and have the best playbook and collection of case law in Georgia ready to fight and win against these charges). Because Dyer was qualified as an “expert” in drug paraphernalia, his testimony was considered evidence also. He said that the items in the bag were consistent with what he usually sees in drug transactions.

Even though there was only a couple grams of marijuana and a misdemeanor amount of the drug, the other items around the marijuana transformed it into a felony drug charge, and ultimately a felony drug conviction.

Ryan later appealed this conviction with a more effective criminal defense attorney, and the conviction was reversed. After hearing the defense attorney’s arguments, the judge ruled: “Although this evidence certainly may be relevant to the issue, it is insufficient to support Ryan’s convictions for possession with intent to distribute without evidence that he actually possessed marijuana or methamphetamine in quantities typical or suggestive of drug sales or evidence that the amounts in his possession could be sold.”

This is one of many cases that top-rated attorney Michael Bixon is familiar with. One reason that Michael Bixon is a top-rated Georgia criminal defense attorney is his extensive experience and familiarity with these cases- he can show the judge that since a defendant like Ryan’s charges were reduced, this precedent should force the judge to reduce your charges too. Michael Bixon walks into every courtroom with the tools and preparation to fight four your freedom, and his clients walk away happy with the results.

If you have been charged with Possession with Intent to Distribute or other drug charges, give Bixon Law a call today to speak to one of our experienced Georgia criminal defense lawyers. We will vigorously defend your legal rights and advocate on your behalf to have your case dismissed or the charges against you reduced. As experienced trial attorneys, we are also not afraid to take your case to trial if necessary. We represent clients in Atlanta and throughout the state of Georgia. We are lawyers who are committed to helping people in difficult situations and we invite you to call us at (404) 551-5684 for a free consultation today.