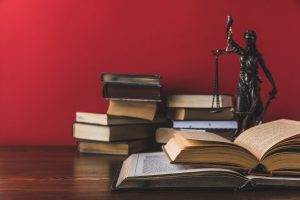 Many people might assume battery is just a physical altercation where somebody gets beat up. Common examples that come to mind may include a bar fight, domestic violence, or a fight at a sporting event.

In the eyes of the law, however, the definition of battery is much broader and has multiple categories, each with their own criteria and implications. Furthermore, there are unique circumstances where it is justified to use physical force. Understanding if you are being subjected to a heftier charge than you deserve and knowing how to fight for your rights is key to an effective defense.

DEFINITION OF FORMS OF BATTERY

Under Georgia law O.C.G.A. §16-5-23-(a), a person commits the offense of Simple Battery when he or she intentionally makes physical contact of an insulting or provoking nature with the person of another, or intentionally causes physical harm to another.

Battery: A person who commits the offense of battery is also guilty of a misdemeanor. Additionally, upon the second conviction for Battery against the same victim, the defendant shall be punished by imprisonment for not less than ten days nor more than 12 months, by a fine not to exceed $1,000.00, or both. The minimum sentence of ten days for a second offense shall not be suspended, probated, deferred, stayed, or withheld.

Aggravated Battery: A person convicted of the felony offense of aggravated battery shall be punished by imprisonment for not less than one nor more than 20 years.

In the case of Lawson v. State 274 GA. 866, a man went to the trailer home of an elderly man in an intoxicated state and got into a physical altercation. After exiting with blood covered clothing, he made statements to passersby that he had beaten and killed another person. The man was found the next day by neighbors with wounds to his head, face, and neck. He was taken to a hospital, where he was treated for superficial wounds and released.

Two days later, he was again found on the floor with confusion and fresh blood coming from his ears, and once again taken to the hospital. Upon further inspection, the individual was found to have developed blood clots beneath his skull.

The defendant was then convicted of felony murder predicated on aggravated battery. The defendant appealed the conviction on the grounds that he did not receive effective assistance of counsel, as his attorney failed to make the court aware of a lesser form of battery that they may have found fitting, which may have drastically altered his outcome.

Let’s revisit the core differences of the subsets of battery:

The attorney of the accused presented the jury with the definitions of only Simple Battery or Aggravated Battery, and they were tasked to determine the best fit. Given these options, they determined that Aggravated Battery was a better fit, and the defendant was convicted of a felony with mandatory jail time. A more effective counsel may have instead offered the definition of Battery, which includes the criteria of “substantial harm”. This may have been a description that the jury felt was adequate for the event, and may have saved the defendant from spending time locked behind bars.

Self-Defense: Under § O.C.G.A. 16-3-21, you have a right to use force against another “when and to the extent that he or she reasonably believes that such threat or force is necessary to defend himself or herself or a third person against such other’s imminent use of unlawful force”. This is the most common defense for battery. If you are claiming self-defense, you must be able to demonstrate to the court that you were being threatened with harm, and that you did not provoke the attack.

Defense of Others: As mentioned above, threat or force is justified if there is a reasonable belief that it is necessary to defend a third person against an imminent use of unlawful force. Consider a sporting event which gets heated- if you find yourself in an argument with an individual who is making clear and unquestionable threats of violence towards you or those you are with, it is potentially within your rights to strike or use force to defend yourself from the threatened violence. You may be able to avoid a conviction if you can show the court that you were compelled to use physical violence to protect other people.

Defense of Property: Under § OCGA 16-3-23, a person is justified in threatening or using force against another when and to the extent that he or she reasonably believes that such threat or force is necessary to prevent or terminate such other’s unlawful entry into or attack upon any dwelling, motor vehicle, or place of business. Consider an altercation that happens outside of a bar- if an individual lays hands on your car, or acts in a raucous manner which may lead to destruction of the bar itself (i.e. falling into a window at a bar), it may be within your rights to neutralize this threat. Similarly, if you get into an altercation at your home and the individual attempts to enter your yard or property, it may be within your rights to use force to neutralize the threat.

Charge Not Applicable: It is extremely common for law enforcement to charge you for a crime more serious than what your actions have justified. As demonstrated in the above case law, representation from an attorney with a thorough understanding of these laws can make the difference between time spent in jail and your freedom.

If you have been charged with battery, give Bixon Law a call today to speak to one of our experienced Georgia criminal defense lawyers. We will vigorously defend your legal rights and advocate on your behalf to have your case dismissed or the charges against you reduced. As experienced trial attorneys, we are also not afraid to take your case to trial if necessary. We represent clients in Atlanta and throughout the state of Georgia. We are lawyers who are committed to helping people in difficult situations and we invite you to call us at 404-551-5684 for a free consultation today.