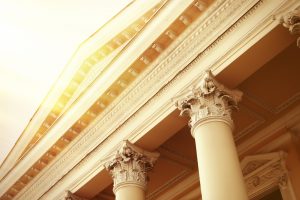 If you find something cool on the ground and take it home with you, is it technically stealing and a crime? Short answer: Yes.

The statute around Theft of Lost or Mislaid Property basically says that if you find something of value, you are required to do your best to get the item to its owner before making any use of it. In full, O.C.G.A. § 16-8-6 reads: “A person commits the offense of theft of lost or mislaid property when they come into control of property that they know or learns to have been lost or mislaid and appropriates the property to their own use without first taking reasonable measures to restore the property to the owner.”

This charge is a particularly murky one, as the standards are loose not only in terms of what constitutes the crime, but in terms of how it should be punished.

The punishments for theft are governed by O.C.G.A. § 16-8-6. This statute rules that violations of theft statutes are determined to be Felonies or Misdemeanors primarily by whether the value of stolen goods surpasses a given dollar amount or not. Contrary to the common belief that the threshold is $500, the dollar value at which a theft crime becomes a Felony is almost universally $1,500. While most of the exceptions to this are obscure, there is one notable exception- theft of a firearm or explosive is specifically codified as a Felony, regardless of the market value of the firearm.

Once the $1,500 threshold is surpassed, however, the following punishment requirements apply:

(D) If the defendant has 2 prior convictions for a violation of Code Sections O.C.G.A § 16-8-2 through O.C.G.A. § 16-8-9 (basically any theft crime), upon a 3rd or subsequent conviction, such defendant shall be guilty of a felony and shall be punished by imprisonment for 1-5 years and, in the discretion of the trial judge, as for a Misdemeanor;

There are two things to note here. First, the 3rd theft of any kind becomes a Misdemeanor. If you get caught stealing a 25-cent lollipop from a gas station twice and then go back to steal a third, it is now a Felony crime. The second thing to note is the explicit language giving the judge the option to punish the crime as a Misdemeanor.

Although not many criminal defense attorneys utilize it, there is a somewhat hidden statute (O.C.G.A. § 17-10-5) that allows a Georgia judge to punish any Felony as a Misdemeanor, so long as the maximum sentence is under 10 years. These are commonly known as Wobbler offenses. What makes the language of the Penalties for Theft statute unique, however, is that this option is specifically re-stated (except for theft of items valued over $25k). At Bixon Law, we have a proven track record of leveraging this language to get serious theft cases reduced to Misdemeanors.

No Reasonable Manner to Restore Property. The law requires that you “take reasonable measures to restore” the property, but “reasonable” is a word that will likely mean something different to anybody who hears it. In theory you could knock on every residential door in the state of Georgia asking people if the item you found is theirs, but that clearly isn’t a “reasonable” expectation. If, for example, you found a diamond ring on the side of a busy interstate, it could easily be argued there was no reasonable measure that you could have been expected to take.

I Didn’t Know it was Lost. This one is a little trickier, because the argument cannot be that you as a specific individual did not know the item was lost, but rather that no reasonable person would know the item was lost. The word reasonable opens the door for us to make a case as to why you should not be charged. An example where we may use this defense would be if you found a diamond ring next to a community dumpster, where many reasonable people would likely assume the ring had been thrown away after a failed relationship.

Inflated Value by the Court. Because the severity of the punishment imposed on you hinges on the value that the court assigns to the item in question, a powerful tool is to challenge the stated value. For example, if the state says that a diamond ring found on the street was worth $1,500, we may be able to find a jewelry appraiser who would testify that certain blemishes on the ring bring its market value down to a dollar value within the misdemeanor level.

In Shannon V. State, Melissa Shannon was shopping at a mall and found a bank deposit bag containing deposit slips, checks, and cash that had been misplaced while being transported from the business the bag belonged to. Shannon took the bag home, and then two days later attempted to cash one of the checks at a local check-cashing business. An employee of the check-cashing business called the police, who stopped Shannon shortly after leaving. Police found the bag and cash on Shannon’s person, and Shannon admitted that although the check’s contained the victim’s phone number and address, she never attempted to return the property. Because she made no reasonable attempt to return the property, she was convicted of Theft of Lost or Mislaid Property.

If you have been charged with a theft crime, give Bixon Law a call today to speak to one of our experienced Georgia criminal defense lawyers. We will vigorously defend your legal rights and advocate on your behalf to have your case dismissed or the charges against you reduced. As experienced trial attorneys, we are also not afraid to take your case to trial if necessary. We represent clients in Atlanta and throughout the state of Georgia. We are lawyers who are committed to helping people in difficult situations and we invite you to call us at 404-551-5684 for a free consultation today.