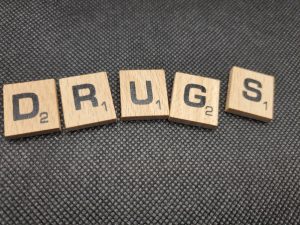 This can’t be happening, you think to yourself. You have already had a rough day at work and all you wanted to do was get home as fast as you could to decompress and relax. Not to mention that driving in Atlanta traffic is stressful enough. You can’t deny to the cop who pulled you over that yes, you were speeding. Just give me a ticket so I can go home. You look in your rearview mirror. The cop is on his way back to your car, but he’s not alone. Bouncing in step beside him on a leash is a drug sniffing canine. You don’t know what’s going on and you don’t know much about the Fourth Amendment, but you suspect that your rights are being violated. Are they?

Can a Cop Utilize a Drug Sniff Dog During Your Traffic Stop?

The Fourth Amendment of the U.S. Constitution prohibits unreasonable searches and seizures. Thus, when a person asserts that his or her constitutional right against an unreasonable search or seizure under the Fourth Amendment has been violated, it must first be determined whether the police activity at issue is or is not a “search” or “seizure.” If not, then the Fourth Amendment does not apply. When it comes to the use of drug sniff dogs during traffic stops, the U.S. Supreme Court decided the question in the case of Illinois v. Caballes, 543 U.S. 405 (2005).

The short answer is yes. In Illinois v. Caballes, the Supreme Court held that the use of a narcotics-trained dog to walk around an automobile lawfully stopped on the highway for speeding to sniff for drugs was a “non-search.” In this case, the defendant was stopped by law enforcement for speeding. Subsequently, after police brought a drug sniff dog to the scene, the defendant was arrested for marijuana trafficking. The Illinois Supreme Court held that the use of a drug sniff dog was unreasonable because the police officers had no evidence that a crime was being committed beyond speeding.

However, Justice Stevens for the Supreme Court, stated that a “dog sniff conducted during a concededly lawful traffic stop that reveals no information other than the location of a substance that no individual has any right to possess does not violate the Fourth Amendment.” Plain and simple, the Supreme Court essentially concluded that an individual does not have a reasonable expectation of privacy in illegal contraband within a vehicle. Thus, a drug dog sniff conducted during a lawful traffic stop does not constitute a search.

Police officers may use a drug sniff dog to assist in locating evidence of illegal drugs without implicating an individual’s Fourth Amendment rights. However, there are certain rules that cops must follow when bringing a drug sniff dog to the scene of a traffic stop.

If an individual has been arrested and charged with a drug offense due to evidence being seized during a routine traffic stop, in which, a drug sniff dog was used—based on the facts of the case—there may be some defenses that can be raised. For example, if a person was detained after a ticket was issued without a police officer forming the necessary reasonable suspicion to justify the delay then a Court may find the detention and evidence illegal. Further, if there is no evidence to prove that a crime was being committed or had been committed to give the officer a reason to make the initial traffic stop then a Court may also find the detention and evidence illegal. In such cases, a good defense attorney would argue to have the evidence suppressed.

If you believe that your Fourth Amendment rights against an unreasonable search or seizure have been violated because of unlawful police activity during a traffic stop, contact Bixon Law at 404-551-5684 for a free consultation today.